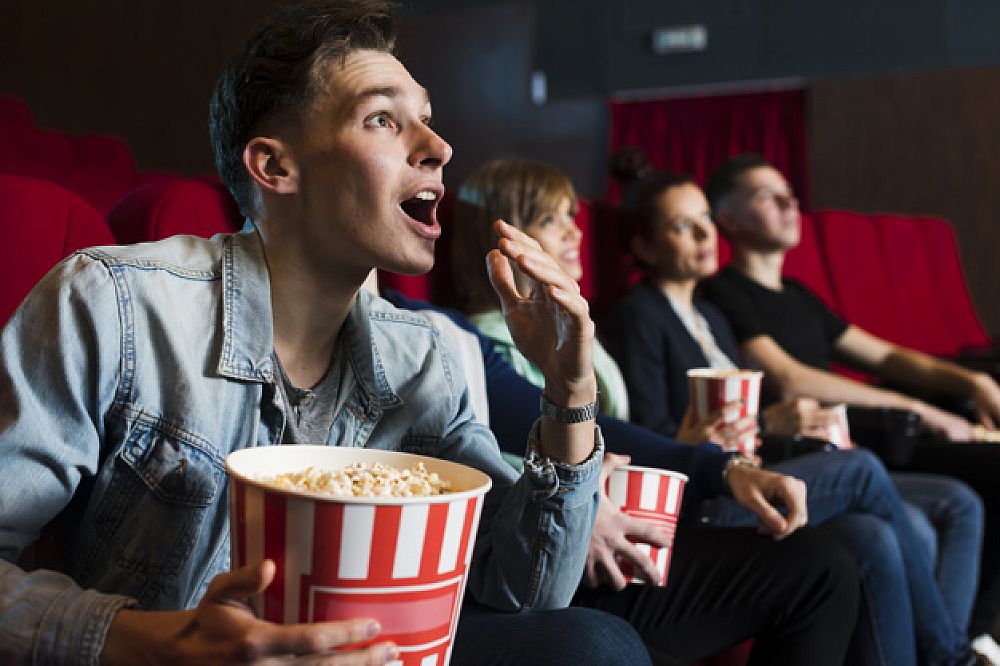 Nowadays educators and CEOs are doubtful about the efficiency of the current educational contents and system. The question which keeps us alert about our performance as teachers is “Are we preparing our students to face the working demands of the century?”

This post was written by our TEFL certification graduate Laura A. Please note that this blog post might not necessarily represent the beliefs or opinions of ITTT.

Reasons to Use Movies

It has become evident that new abilities should be developed in the classroom-adaptability to be able to fit in new, probably unknown or unimaginable situations, creativity, and innovation, and collaborative work among others, involving the use of the social media, on-line easy access to information, thus changing the role of the teacher from being an instructor as the source of knowledge to becoming a facilitator. 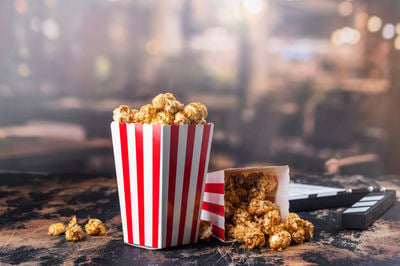 Ways to Become a Facilitator

Considering the future demanded abilities mentioned before, we should foster group work activity as well as giving way to the development of reading comprehension, speaking, writing and audio skills. Discussions, interpersonal and intra-personal activities should be included and promoted.

A film is a tool that may enhance collaborative work, creative thinking, decision making as well as a means to introduce, revise and fix teaching points for different age groups and levels. Varied and specifically chosen activities may even be suitable to observe the various ways of learning, considering the Multiple Intelligences. Moreover, ideas presented may be connected with other fields or areas (CILL).

Well-selected films, for particular items to be taught and aims to achieve for each level and age group, could become an attractive and challenging source.

Having said that, I would like to propose in this task, a variety of activities for each learning group, as far as possible.

Helping them acquire the language should include fun in every short task they perform, rhymes, physical movement, music art, and crafts. Films provide characters, a story, and music.

Before watching the film, which the children have probably seen, but enjoy watching it again, the teacher could ask them the names of the characters and if some of them are not representing people, it would be a good opportunity to teach, for instance, names of animals, animated objects and so on.

The film may well be played in the target language as the barrier set is generally surpassed by their enthusiasm to follow the story and the fact that children easily get involved in the story.If they have already seen the film, it is likely that they spontaneously sing along the songs, at least imitating certain sounds and getting familiar with the lyrics, especially the chorus parts. 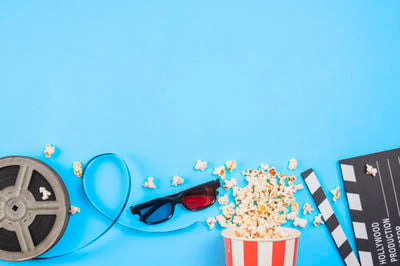 While watching the film, the teacher may stop the movie in particular parts to introduce or revise language items such as colors, shapes, sizes, positions, clothes, physical characteristics, and moods. An alternative to this is capturing and printing scenes so that they can be used in the classroom to recall incidents that were part of the film.

After watching it, various activities, considering different ways of learning, can be carried out. Those who need to move around would benefit from performing while learning actions carried out in certain scenes. Others would take advantage of their arts and crafts abilities by drawing, painting, making and painting masks. Films also allow practicing guided speaking as short dialogues from the film could be reproduced in pairs or trios.

Children can imitate the characters, their voices, intonation and obviously, this will give way to obtain the correct pronunciation naturally.

This would be possible thanks to the typical characteristics of kids- they love making strange noises, sounding like the characters they like and are not afraid of making mistakes at all.

As children progress and acquire richer vocabulary, new sentence structures, and a few verb tenses, other tasks and activities may be added, as they would be able to distinguish more details from the scenes, describe the characters with simple structures, but on their own, they could role-play longer dialogues which they have made themselves and, they can even do a project- this could involve asking each other or other people and later reporting or making a survey about sorts of films, how often they see films, favorite films. In groups or pairs, the children could also write a short story based on the film and read it to their peers.

As an art and crafts activity, those who like doing it, could make model characters for the younger kids to play with. This would strengthen their sense of community by doing something for others and sharing.

An additional aspect to consider is the theme of the film. In most cases, it contributes to the growing up process of the children, so, in spite of being mentioned within the last suggestions, it may be considered and treated in depth through the activities proposed before. 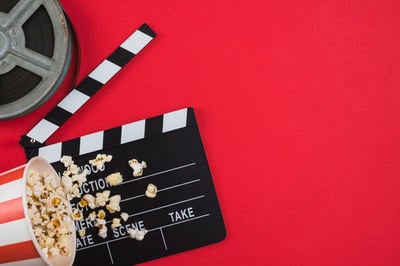 They have progressed in their learning stages thus, incorporating more complex structures, new verb tenses and wider vocabulary, consequently they can benefit from film watching even further.

I would like to mention different learning points, just to refer to some of the whole range of items, and suggest how they could be connected to a film.

For this purpose, I have chosen, as an example, the film Forrest Gump.

A wide variety of aspects could be dealt with, which I will state briefly.

Preparing for The Movie Class

Before watching the film, some topics could be introduced for the students to search on the Internet, in pairs or small groups, to later report or present a project. While doing this research work, they will be creating, working together with the discussions or problems which may arise, giving the teacher the possibility of dealing with Emotional Intelligence issues. These topics could include The Hippie Movement, Woodstock, Pop music of the Sixties and Seventies, social and historical changes, and The Vietnam War.

Also Read: "What is a Teacher’s Responsibility in the Classroom?"

While watching the film, predictions, speculations and conclusions may be stated about the development of the plot or the characters. Also, other syllabus items such as comparatives, emphasis and the Zero or First Conditional sentences, can be used to express the students' ideas.

After watching the film, the various background songs or the ones interpreted by the music icons of the time like Elvis Presley, Joan Baez, John Lennon, Credence, etc. may be listened to, connecting the theme of each song with the events of the time, doing research work of these singers and their professional life history.

Students may also make very complete descriptions of characters, concerning not only physical but also personality characteristics. These characters could be also compared.

Also Read: "Teaching Role Through The Lens of My Personal Experience"

Those creative and technology-friendly may present a digital project which gives way to matching images and audio. So, what originally was a task-based project could become a shared activity with other courses. Some of other activities which could be carried out may include: roleplaying, making up a different ending, hypothesizing about what could have happened if certain social or historical changes had not occurred, reporting scenes and expressing ideas about what is thought/ considered/ said about the effects of the Vietnam War, social and educational changes, etc. using Passive Voice.

The character of Forrest Gump, naïve, well-meaning, true to himself and his friend, is charming but educational, too. Consequently, discussions on his behavior, attitudes, and reactions should be identified and pointed out.

To conclude, I would like to state that working with films is enjoyable and satisfying as long as our students take an active part in the process, contribute with and share their ideas, put them into practice, and learn and use English while having fun.

In the process, they would have to adapt themselves to the new challenge proposed, be creative and make decisions about what to include and how the way they present their projects or art and crafts works while working collectively. 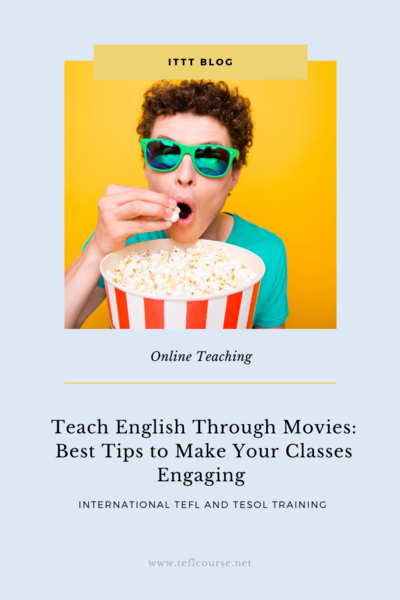