The Importance of Classroom Management While Teaching in Turkey 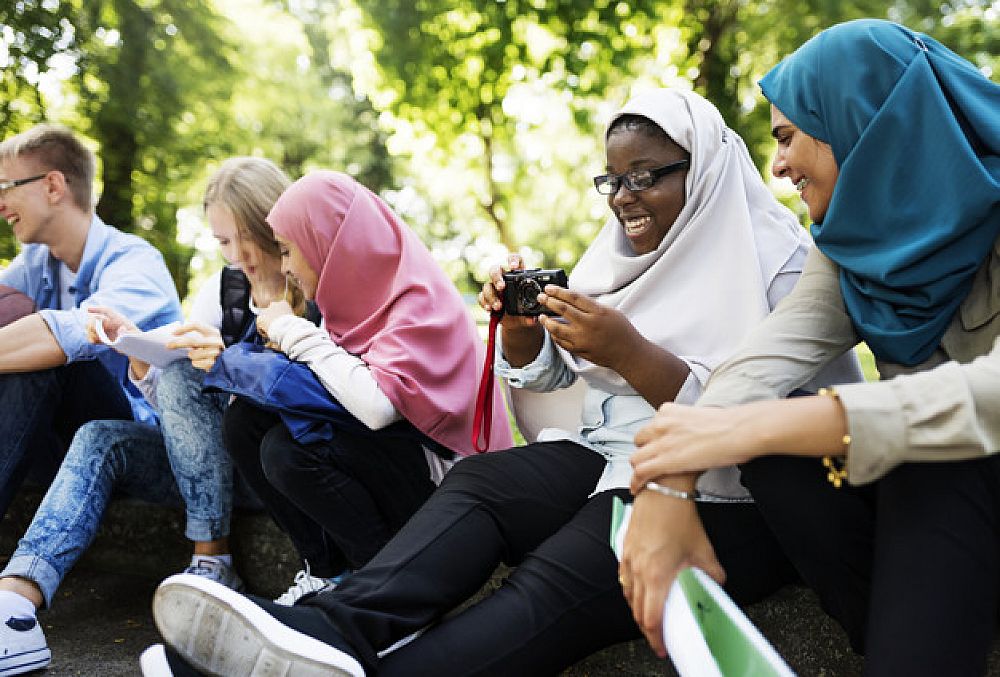 Who was your favorite teacher in elementary school? Mine was my 5th-grade Teacher, Mr. Powers. Not because he was super cool, or cute, or wildly entertaining. It was because he was an amazing teacher. He was a retired Air Force pilot, yet was never very hard on us and I can’t think of a single time that he got upset with us. I believe this is completely due to his amazing classroom management skills. I try my best to model my own teaching skills after Mr. Powers while teaching here in Istanbul, Turkey. Cultural and economic differences are actually the least of my problems while working with these amazing children. The most challenging aspects happen to be making the most of classroom space, ensuring the students are participating in in-class activities, and being positive that they are receiving the individual attention they deserve. I feel once these are under control teaching in Turkey is one of the most rewarding teaching experiences one could ever have.

This post was written by our TEFL certification graduate Ezgi W. Please note that this blog post might not necessarily represent the beliefs or opinions of ITTT.

When I turned 23 I had never imagined that after growing up in Texas I would return to my “motherland” (Turkey) to become an English teacher. I can now say it was the best decision that I have ever made. Now that it has been 2 years teaching in public and private elementary schools in the Istanbul metropolitan area I can truly say that classroom management has been absolutely key while dealing with Turkish children.

The classrooms in Istanbul tend to run on the smaller size and English is seen as an “elective” type class in most elementary schools. With this being the case I often have two classes combined in my little classroom. I have come to find that proper seating arrangements are extremely important, even though it is more challenging to change the positions of the desks 2 days a week it makes the difference of a world in the students learning experience. For example Mondays and Wednesdays I have them in rows.

This allows me to have a front class view of who is paying attention to our “Vocabulary and Grammar” days. On Tuesdays and Thursdays, I like to switch up the seating plan to either table groups or a form of horseshoe depending on the lessons. On these days we do more group work and apply what was learned on the previous days as an entire class. This allows me to see who is helping who and who might be struggling with the lesson at hand. Seating arrangements have become a vital part of my classroom management my last two years here and I plan to continue with this method for the time being. Like good old’ Mr.Powers would say, “If it ain’t broke, don’t try and fix it.” 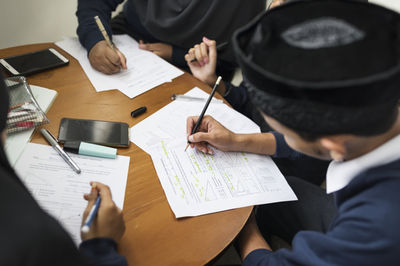 Growing up with a Turkish mother I knew how much the culture valued the importance of the English language and doing well in school. I was lucky, I grew up in America so I was able to learn English first hand as my fellow classmates did during our day to day lives and in school. I knew my mom was hard on me to excel in school but I thought that’s the way any parent was, they want their children to be the very best! It was when I was teaching a group of second graders at a private school that I realized just how much pressure Turkish children are under to do well in school.

My students were so used to being drilled for grammar in their native tongue, and being given worksheet after worksheet from their teachers of other subjects that they hardly spoke up when the time came. Classroom involvement was so low from what I thought should be such an energized group of children! So I decided to really ask them how they were feeling about our class. They were afraid to make a single mistake mostly due to fear of discipline for being incorrect or being judged by their peers. This special group of second graders really opened my eyes to see that establishing a “safe space” to learn a foreign language is really what makes a difference. I also thought of another thing that Mr. Powers had for us in class, a “treasure box”.

The treasure box was filled with little toys we could “buy” with the coupons we received throughout the week. The coupons were given for reading out loud, answering a question or simply being polite to one another in class. When I realized how harsh their other teachers were on them for scoring low or not participating I decide to have my very own “treasure box” classroom environment. It was then that my students were jumping at the opportunity to be involved in our lessons. A week in and every single student had enough coupons to “buy” a toy out of the treasure box. The more involved they got, the better they were reading, listening and speaking. My students were excited to come to my class and were going above and beyond to do well. 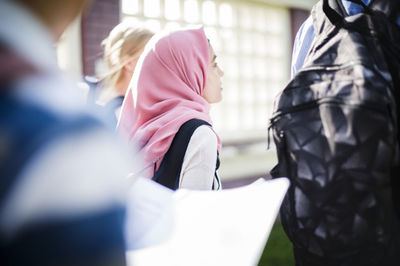 Also Read: 4 Reasons Why You Don't Need A Program To Teach English Abroad

Downsides of The Work

Now I’m not going to sit here and act like teaching in Turkey has been one big cakewalk. No, I won’t do that, however, I will say that once you understand how to work with a large group of students and establish a positive learning environment it makes everything go so much smoother. When I had my first group of thirty or so students I felt as if most of them were not getting the attention they deserved. I had to figure out a way to really build a connection with them so I could see what areas they were lacking in and what needed to be done to help them with their studies. So I chose to pull another page out of Mr. Powers book so to speak.

At the beginning of class Monday morning while my students are in their rows, I like to take 15 minutes to listen to their feedback. I look them all in the eye and ask them, how their weekend was if there was anything with their homework that they struggled with and if there was anything we could work on together to help with our class time. You would be shocked to see how they open up when you treat them like people and not just learning machines. I, of course, had difficult students that would act out or be disruptive but I’ve learned that if you are consistent with them and give each student the individual attention they need over time they will open up and flourish.

The last two years have had their fair share of trials and tribulations, to say the least. It really has been quite some time since I’ve had a moment to sit back and reflect on how my teaching methods have evolved since I’ve been here. It has come to my attention that there is so much more to teaching English as a foreign language than just grammar, sentence structures, and the ability to pass tests. It’s opening up doors, and opportunities for children and adults alike. With the children, it has been an opportunity to show them what they can achieve with the right amount of attention and their own efforts.

I’ve come to make the most of my tiny classrooms and the endless count of little minds that walk through my doors every day. I’ve learned how to take the time to seek out their individual needs to the best of my ability. I’ve managed to break down cultural and language barriers by simply providing a positive learning environment. I look back and wonder if Mr. Powers ever had these difficulties and I’m so grateful to have had a teacher that influenced my life and teaching career as much as he did. As cliche as it will sound I have learned just as much from these kids as they have from me. I have come to see that basic classroom management skills are really what will make you or break you here in “old Constantinople” and I look forward to building on these skills in the years to come.