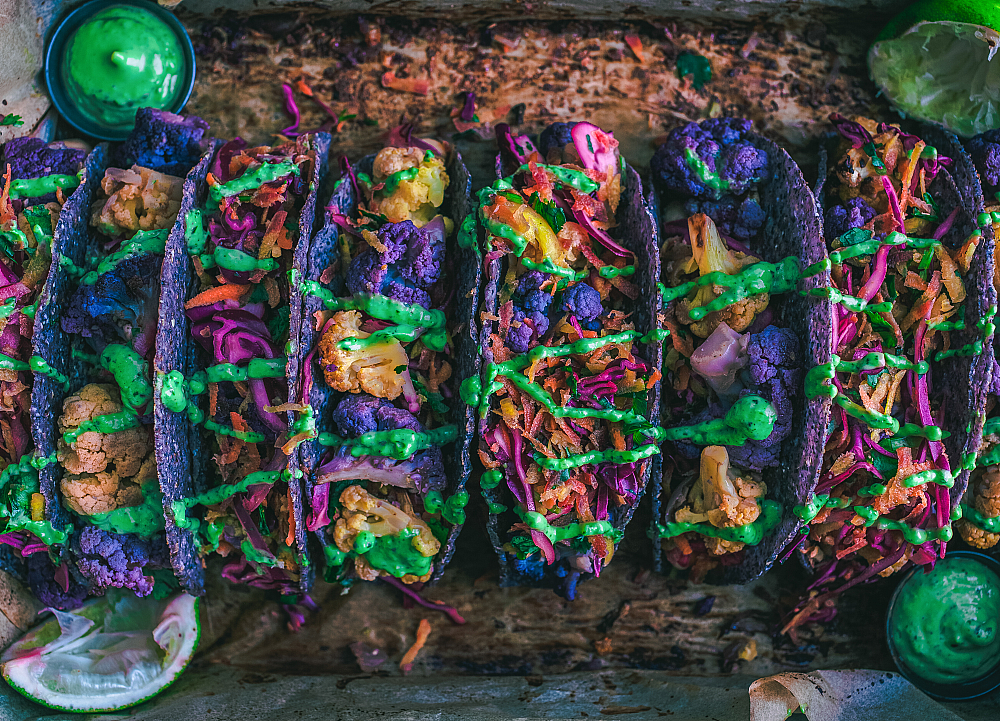 So, you love to travel and want to teach English abroad but you’re also a vegan? The good news is that you won’t have to choose between your dietary needs and your dream of exploring the world. The following places are vegan-friendly destinations ideal for teaching English abroad.

Due to its significant Buddhist population, Thailand has plenty of vegan food options to choose from. There are vegan eateries all over the country, and you’ll also find healthy salad bar concepts, organic farm-to-table, Japanese macrobiotic and all sorts of other vegan eateries here. Even your regular restaurants often have meatless pad Thai, tom yum soup, coconut milk-based curries and salads on their menu. What’s specific for Thailand is that you can try vegan delights including organic veggies from the restaurant’s own farm, with curries served on banana leaves. How amazing is that?

Get started by taking an in-class TEFL certification course in Thailand and learn more about living and teaching in Thailand in our country guide. 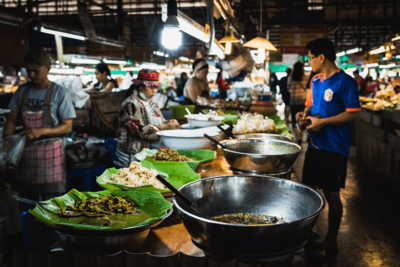 In a country known for its beer and Bratwurst, it’s quite hard to believe that you can actually find decent healthy food options. However, Germany actually goes above and beyond when it comes to accommodating the vegan lifestyle. You will not only find a huge amount and variety of vegan-friendly restaurants in Germany but also supermarket sections dedicated to the vegan lifestyle. Many cities even have entire vegan supermarkets that not only offer vegan-only products but also sell their products without unnecessary packaging, taking conscientious shopping to another level.

Get started by taking an in-class TEFL certification course in Germany and learn more about living and teaching in Germany in our country guide. 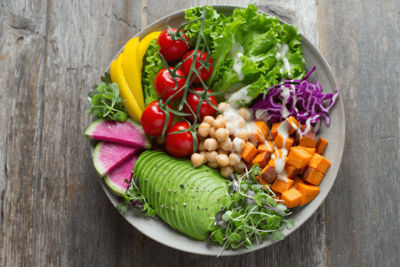 Because of Buddhist influences, there are actually many vegetarian dishes on most Korean menus. However, when it comes to vegan food, you better check in with the waiter to make sure things like spam, fish sauce, and egg products aren’t included in the dishes. A very popular vegetarian restaurant chain is Hangwachae. It serves traditional Korean food without meat and has more than ten branches in Seoul alone. You should also try temple food, which is completely vegan and makes full use of Korea’s plentiful wild vegetables, roots and herbs to a delicious effect. The most popular temple food restaurant is Sanchon, a decades-old mainstay in the Insadong neighborhood. Modern vegan restaurants offering Korean and worldwide favorites as vegan options are also increasingly popping up all over the country.

Get started by taking an in-class TEFL certification course in Seoul and learn more about living and teaching in South Korea in our country guide. 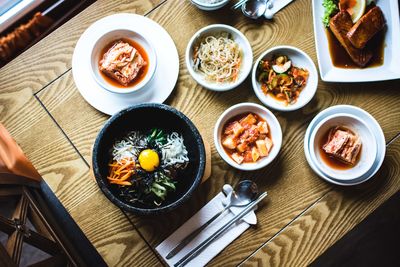 The city-nation of Singapore is well-known for its extensive vegan and vegetarian dishes at up-market eateries and traditional hawker markets. You will find that Malay and Singaporean cuisine both use a lot of tofu, for example. The Bugis area, in particular, features a lot of vegan eateries as it is home to a Hindu and Chinese temple. There is a vast vegetarian mall next to the Hindu temple offering a wide variety of tasty dishes, including vegan options. You will also find a lot of Indian vegetarian and vegan restaurants in Singapore because of the sizeable South Indian population in the country.

Get started by taking an in-class TEFL certification course in Singapore and learn more about living and teaching in Singapore in our country guide.

Don’t be alarmed when you see the reverse swastika signs on eateries around Taiwan - the symbol actually represents Taoist or Buddhist vegetarian food. Taiwan has thousands of options for vegans, but you’ll definitely be able to find them a lot easier when you know certain characters and a few local terms, and the mostly dairy-free fare makes it relatively easy to spot vegan options. Even at the world-famous Shilin Night Market, there are plenty of vegan-friendly street food options to indulge in. Another hotspot to look out for in Taiwan for vegans is the Loving Hut. This chain of outlets was started by followers of vegetarian living advocate Supreme Master Ching Hai and should definitely be on your must-try list.

Learn more about living and teaching in Taiwan in our country guide. 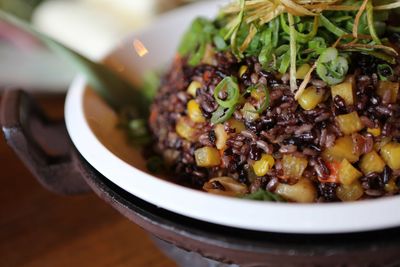 True vegans will find the holy grail in India - the southern part of the country, to be exact. South India is considered the ancient birthplace of vegetarianism and nearly half of the local population is vegetarian. While Northern Indian cuisine uses a lot of ghee (clarified butter), South Indian cooking typically utilizes rice, veggies and coconut milk. You’ll see many restaurants labeling their doors with “pure veg,” which means that all of the food is served without eggs and meat. Therefore, it’s quite rare to see a menu that doesn’t have a rather extensive vegetarian section in India. On top of that, a vast vegetarian thali platter with curries, rice dishes and bread will cost you less than a latte from Starbucks.

Get started by taking an in-class TEFL certification course in India and learn more about living and teaching in India in our country guide. 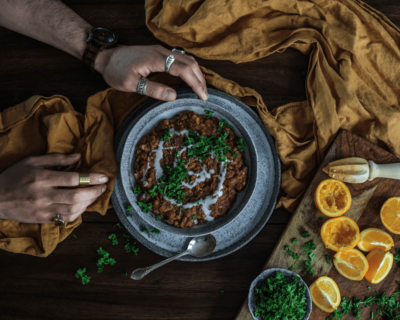 Similar to the other Asian countries on this list, Chinese cuisine is known for its variety of legumes used in its dishes. While you will find quite an extensive selection of vegan dishes on any menu in China, many vegan restaurants have also opened in recent years. This is especially true in big cities, such as Beijing and Shanghai, where the vegan community is steadily increasing. It’s also worth knowing that China has a total of 8 distinct cuisines, also referred to as the Eight Great Cuisines of China. Each of these originated in a different region of the country and has quite unique features. For example, Shandong Cuisine is fresh and salty with a lot of seafood dishes. Sichuan and Hunan cuisines use a lot of hot spices and chili. Guangdong (Cantonese), Zhejiang, and Jiangsu cuisines offer great seafood with generally sweet and light flavors. Anhui and Fujian cuisines include a lot of wild foods from their mountains.

Get started by taking an in-class TEFL certification course in China and learn more about living and teaching in China in our country guide. 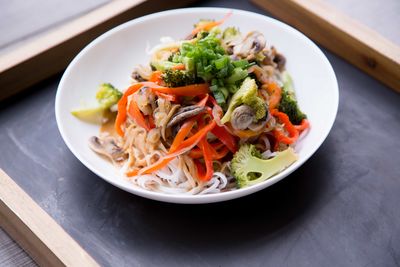 Get started by taking an in-class TEFL certification course in Rome and learn more about living and teaching in Italy in our country guide. 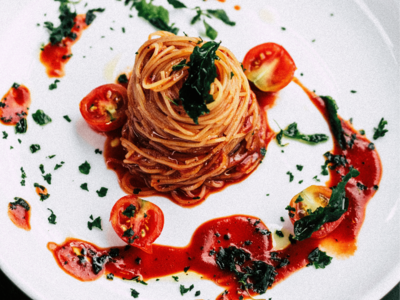 While Indonesians love to eat meat, the local cuisine is rich in side dishes that are vegetarian friendly. Not to mention that there’s plenty of fresh tropical fruit abound: mangoes, mangosteen, duku, papaya, pineapple – so much fresh fruit! While you can certainly dine vegan friendly all over Indonesia, the hip island of Bali seems to take the cake. Hip cafés and restaurants cater to the vegan nomads living and visiting the island on a regular basis. If you're a vegan, you'll definiteyl feel right at home in Bali and you'll likely never want to leave.

Get started by taking an in-class TEFL certification course in Indonesia and learn more about living and teaching in Indonesia in our country guide. 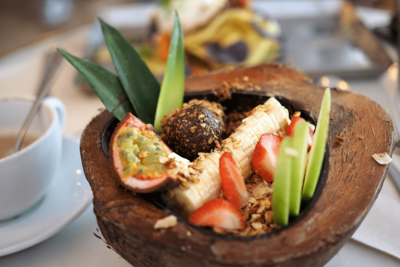 Are you ready to start a new career teaching English abroad?