Cultural Sensitivity in a Colombian Classroom 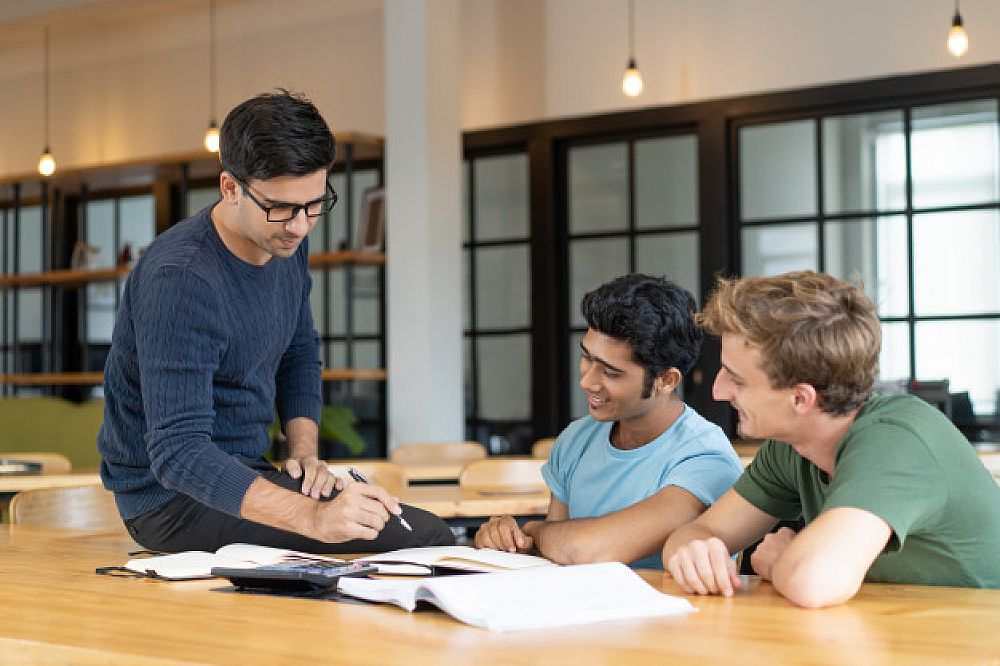 A resource I found invaluable for this essay was the website Cyborlink (2019a), a reference provided in the TEFL Young Learners course (ITTT, 2019). The TEFL course (Unit 6) discusses how cultural considerations are important when teaching abroad. This includes cultural sensitivity when interacting with the young learners themselves, as well as in interacting with parents and school staff (administration/teachers).

This post was written by our TEFL certification graduate David B. Please note that this blog post might not necessarily represent the beliefs or opinions of ITTT.

Cyborlink is aimed at a more general audience of people doing business in other cultures, though of course has implications for TEFL teachers. One aspect of the site that I appreciated was its use of the Hofstede Cultural Model (Cyborlink, 2019b), although it focuses on only five of the model’s cultural dimensions which have since been increased to six (Hofstede, Hofstede, and Minkov, 2010); the latter resource also providing much more detail on how the Hofstede dimensions may have implications in the classroom – which are discussed in this essay.

The Cyborlink site has a more general Latin America section (Cyborlink, 2019c), where common cultural habits for the region are discussed. These include that the national language is for the most part Spanish; a less rigid attitude toward time (which may have implications with parent meetings, but unlikely in regards to classroom schedules), a tendency to stand closer during conversations, with casual touching and ‘abrazo’ (embrace) among good friends; of relevance to interaction with fellow teachers.

Latinos are noted as warm, friendly people enjoying social conversation before discussing business with a focus on relationships. This may need to be born in mind during job searches as well as class roleplaying activities. The main meal of the day is at midday which may affect school hours and should also be born in mind during role-plays.

Cyborlink (2019d) also discusses Colombia. The site states that 95% of Colombians are Roman Catholic. There therefore needs to be regard to the very conservative religious views when interacting with students and choosing teaching materials.

Cyborlink (2019d) states that Colombia has an ethnic composition of 58 % Mestizo, 20% European, 14% Mulatto, 8% African descent and 1% indigenous. This diversity is important to note, as there may well be cultural (including L1 language) diversity among these groups, especially for the indigenous component. Classroom diversity may impact classroom dynamics (i.e. in/out groups, especially in a collective society). A diversity of L1 (i.e. multilingual classroom) may cause teaching challenges as there may be differences in common English learning problem areas between these L1 groups.

Also Read: Why Beijing Is the Ideal Place to Teach English

From personal experience, English skills are generally poor in Colombia, so there may be issues communicating with Parents/Staff without some Spanish skills. Of course, in the classroom this is not an issue because English should be utilised at all times.

Cyborlink (2019d) states that dress appearance/formality is important in Colombia, especially inland. It is important to be conservative and (perhaps) wear business attire when teaching. This would need to be confirmed with the school. Suits in dark colors are preferred. Generally women should dress conservatively and modestly: a suit or dress.

The TEFL course discusses how attention to the differing meanings of certain gestures is important. Cyborlink (2019d) states that Colombian women will often substitute the gesture of holding forearms for a handshake and that Colombians indicate that someone is stingy by tapping their fingers on their elbow. More importantly, it should be noted that the "O.K." gesture when placed as a circle over one’s nose indicates that someone is homosexual and two pointing fingers (as Canadians would indicate length) is an obscene gesture. Further, feet should not be put on a furniture. It is impolite to yawn in public as well as to blow ones nose (personal observation).

The usage of titles

Titles are important to Colombians, more so than I am use to as a British/Canadian person. I will need to address a person properly by using their title such as profesor, ingeniero, arquitecto, and abogado; or, if no professional title, senor/senora/senorita with their surname. This is important to know not just when interacting with parents/staff, but also in classroom activities such as roleplaying. Also, most Hispanics have two surnames: one from their father followed by one from their mother. Only the father’s surname is used when addressing someone.

Cyborlink (2019d) also makes some useful notes on conversation do’s and don’ts which would be important both during socialising with staff/parents and also in regards to teaching topics/discussions. These were the fact that bullfighting is popular so negative comments should be avoided. More generally, that good conversation topics are: history, culture, soccer, coffee, gold museum; and that bad conversation topics are: drug traffic, politics, and religion.

Although Cyborlink (2019b) partially utilises the Hofstede cultural model in discussing Colombian culture, there are many more details in Hofstede, Hofstede, and Minkov (2010) in regards to potential impacts in the classroom; i.e. student-teacher interaction. The following dimensions are in comparison with Canada’s, where I now live. Canada’s score is followed by Colombia’s. It is important to note that these correlations are generalised patterns across the world, so some care in using are needed. However, these suggested differences could be a starting point to create awareness.

In regards to Power Distance, Colombia scores higher (39,67). This means that children are likely treated less as equals, obedience is important, and children give teachers respect even outside of the classroom. This should bode well in regards to classroom discipline. However, teachers tend to be expected to take all initiatives in class, so engagement may need to be nurtured. Teachers tend to be seen as gurus who transfer personal wisdom rather than impersonal truths, and quality of learning depends on the excellence of the teacher rather than two way communication and excellence of student.

Also read: What It's Like To Teach English Online: An Online Teacher Reveals Her Secrets!

In regards to Individualism, Colombia scores much lower (80,13). This means that there is greater In-group/out group distinction; there is a greater focus on ‘We’ rather than ‘I’ with collective interests, harmony maintenance and conflict avoidance being important. The preceding may impact classroom dynamics. High context communication predominates. Students speak up only when sanctioned by the group, not individually, with opinions predetermined by group. This may impact discussion/debate exercises in the classroom. Patriotism tends to be high, so it is important to be especially respectful of national pride.

In regards to Masculinity, Colombia scores higher (52, 64). Therefore there is likely greater gender differentiation and expected roles which may affect roleplaying activities. Boys tend to be more competitive, girls cooperative. There is expected to be praise for excellent students and competition in class, with student trying to excel. Failing in school is disastrous. Aggression in children tends to be accepted. Students overate their performance – ego boosting; brilliance (rather than friendliness) in teacher is admired. Men and women tend to study different subjects with women teaching young children. Generally the Internet is used more for fact building rather than rapport and more non-fiction is read, which may impact teaching material selection.

In regards to Uncertainty Avoidance, Colombia scores higher (48,80). This means that what is different is seen more as a threat than a curiosity and there are stricter rules for children on what is dirty/taboo – again pointing to the need for conservatism. Students tend to be more comfortable in structured learning situations and concerned with the right answers which may suggest a focus on the study phase. Teachers are supposed to have all the answers… saying I don’t know is less acceptable (but, as the course says, ‘I will get back to you’ should be used rather than faking an answer). Teachers are expected to inform parents rather than involve. There is a need for precision and formalization with many precise or unwritten rules even if they cannot be enforced which may show up in school policies. Literature dealing with rules and truth tend to be read more which may impact teaching material selection.

In regards to Long Term Orientation, Colombia is lower (36,13). This means that there may be an expectation by students/parents that learning efforts lead to quick results. Face, respect for traditions and family/country pride are important, again highlighting the need for conservatism and respect in the classroom. There is an importance of leisure time which may impact lower expectations of homework.

In regards to Indulgence, Colombia is higher (68,83). This suggests that Colombians tend to be happy, smiley, positive and leisure/friend oriented which should make for a positive classroom atmosphere. The higher score suggests that there would be a higher approval of foreign music/films and an importance of sports. These latter two items may impact choice of teaching material. There may be a tendency toward looser gender roles that may negate the high masculinity score, to some extent, and again impact material/role playing activities.

This essay has focused on cultural considerations when teaching in Colombia. It largely used material from Cyborlink (2019) with a greater analysis of the Hofstede Cultural Model dimensions (Hofstede, Hofstede, and Minkov, 2010) for further insights into the classroom setting. Care should be taken when utilising the preceding as there are likely regional and social class differences. However, these insights can at least draw attention to some potential differences with the Canadian/British culture that I am more familiar with.