English is everywhere. It is the world’s lingua franca. Out of 7.5 billion people, 1.5 billion speak English and just 360 million of them are native speakers, that is to say, that English is by far the most commonly studied language. It has become the global language for business, science, technology, aviation, advertisement, cinema, music, education, and so much more. How did it become so powerful?

This post was written by our TEFL certification graduate Philippa K. Please note that this blog post might not necessarily represent the beliefs or opinions of ITTT.

The answer lies in history – after 1945, when the world was recovering from the biggest and most horrific conflict, the United States business expanded and English became the language of trade. The huge success of American companies combined with English being the main language of the British Empire made it incredibly widespread, it started connecting people across borders.

Every day English spreads, the world becomes a little more homogenous and a little blander (Jacob Mikanowski, 2018) – there are a couple of reasons why I can’t agree with this statement. First of all, if a language enables communication in all industries, everywhere you go, why wouldn’t you learn it and use it? Secondly, I have never been a supporter of people who perceive the use of foreign words in another language as excessive. These purists often claim that language is the first instrument to ideological infiltration into a culture. In my eyes, it just makes the language less boring and more efficient. 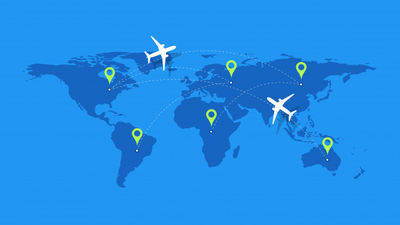 We live in a globalized world and English is very easy to learn, you can say something in so many different ways, and it is a hybrid language because it has been influenced by Romans, Anglo-Saxons, Vikings, and Normans, making it a very flexible language. Why shouldn’t we incorporate some loanwords into a language if English gives you the ability to travel, to engage with people from all over the world, to understand the best music, films, shows, to take part in international trade, diplomacy, and to make your way through the academic world?

If we just think about films, TV series, TV shows the first thing that comes to our minds is Hollywood and the vast majority of what has been produced is American. Also, the internet has a huge impact on our lives and, again, the official language of IT is English. Moreover, English Literature is still relevant today thanks to authors like William Shakespeare, Jane Austen, George Eliot, William Blake, Charles Dickens, George Orwell, and so many more. 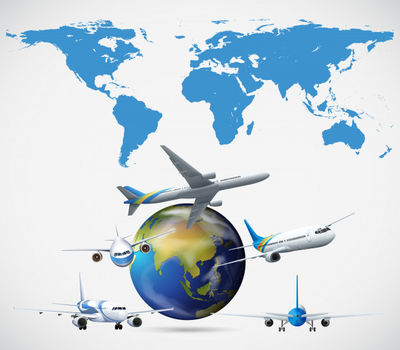 Research in the Field

Furthermore, all scientists publish their research in English because that allows them to reach a bigger audience. Last but not least, music – it could possibly be one of the key factors in the spread of English as a global language. Rock and roll, jazz, pop music, artists like Louis Armstrong, Frank Sinatra, Aretha Franklin, Marvin Gaye, Billy Joel, Elvis Presley, Bob Dylan, Ray Charles, Michael Jackson, bands like Beatles, Rolling Stones, Queen, Pink Floyd, Police, Led Zeppelin, etc. will make you easily understand why English became the main language around the world. Not only, festivals like the one in the Isle of Wight, or Woodstock and the Hippie movement definitely helped the spread of English.

I noticed during my last holiday that even people living in very remote areas, with no knowledge of English at all, are able to convey a message with two simple English words (e.g. no photos). That was yet another proof of how powerful English is. Being a very pragmatic person, I happily accept the very frequent use of English words in my language because I simply can’t ignore the importance that English has had in my life, my studies, my career, my hobbies, my holidays, and my friendships. It has definitely become a global language and it absolutely deserves the “hype”.