The Most Common Problems Students in Spain Face When Learning English

For non-native English student in Spain, specific difficulties may be encountered when learning English. A good English teacher will help a student address those difficulties including, but not limited to, pronunciation, listening, and grammar.

A good English teacher to non-native English students requires a solid foundation in the knowledge of English as the student relies on the teacher as the main source of the language. The student looks to the teacher for guidance and direction in order to comprehend English. The teacher must instill trust and display confidence for the student to learn adequately. These are difficulties in teaching English to non-native students in general. This post concentrates on the difficulties a Spanish-speaking English student will face and how best to approach the issues as a TEFL teacher.

This post was written by our TEFL certification graduate Roman S.

English is ever present in mainstream media around the world including Spain. This exposure can create difficulties that may be encountered by a Spanish non-native English student in tuning the ear to the “sounds” of English. Spain, in particular, has this issue as one of the few countries that dub English language movies into Spanish, whereas many other European countries have the original soundtrack and subtitles. Listening, therefore, will be of particular importance to the Spanish speaking English student. A student will require effective learning in listening. As a solution, a teacher may wish to speak in English as much as possible in order to accustom the ear of the student to the “sounds” of English. Of particular interest is having the student watch movies or other audio/audio-visual forms in their original English language soundtrack with Spanish subtitles for comprehension.

A common mispronunciation, for example, is one of the musical group names where many Spaniards would speak of going to the “Sikov Eat Awl’” concert, when in fact it is the “Sick of It All” concert! Strategic lesson plans can target specific areas in order to exercise those areas a student needs strengthening. This is a problem of vocabulary, listening, and pronunciation, therefore a careful strategy must be designed into the student’s lesson in order to identify and correct incorrect pronunciations. This may be similar to exercises in reading aloud from selected materials in order to identify incorrect pronunciations. 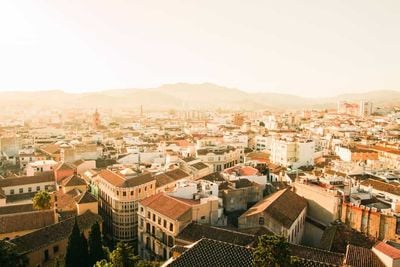 Additional difficulties in incorrect pronunciations may be encountered depending on the regional origin of the non-native English student in Spain as many regions have their own native regional language which may be required learning for the student. Such a student may find specific difficulties in pronunciation similar to the aforementioned learned mispronunciations from pronunciations learned from the regional language. Basque for example, just as Castilian, does not have the phonetic sound in English of “sh” whereas Galician does in the letter “x” and no regional Spanish language has an aspirated sound for the English sound for "h".

English grammar may be one of the greater difficulties faced by the non-native English student in Spain. Though there are some similarities between the two languages' grammar, it is very limited. A non-native English language student in Spain will need to learn English grammar with specific areas that may be troublesome. For example, the possessive form in English is very different between the two languages, where no punctuation is required in Spanish, the possessive in English may require punctuation. Adjective placement is another area of grammar that may be of difficulty to the student. The correct placement of the adjective in English, where the adjective usually goes before the nouns they describe, in Spanish, adjectives usually come after the nouns they describe, though there are limited exceptions in Spanish where adjectives do go before the noun such as possessive adjectives and demonstrative adjectives. 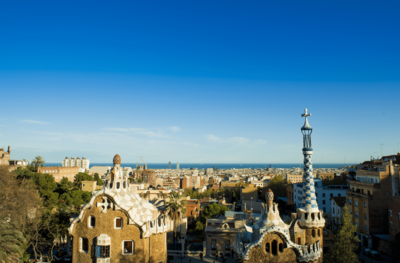 Are you ready to teach English in Spain?

A knowledge of the Spanish culture is of particular import to any TEFL teacher wishing to successfully teach non-native English students in Spain. A teacher with knowledge of Spanish culture will encounter these common difficulties in teaching English to non-native speakers in Spain and would be prepared for these encounters by actively developing strategies when those difficulties present themselves.