Tips for Teaching English in Spain

While it’s true that it can be a little difficult for non-EU citizens to secure a work permit in Spain, there is a legal way to still be able to live and teach in this European paradise. Check out our detailed guide on how to legally teach English in Spain to find out how to go about it.

Here are 9 stunning cities in Spain for teaching English abroad.

The capital of Spain’s Catalonia region, Barcelona is among the top destinations for English teachers in Spain. The city is known for the arts and architecture, including the world-famous Sagrada Família church and modern buildings designed by Antoni Gaudí that make up the cityscape. Be sure to check out Museu Picasso and Fundació Joan Miró to see some of the finest modern masterpieces in history. Besides its many modern attractions, Barcelona also boasts several archaeological sites from Roman times.

Get started by taking an in-class TEFL certification course in Barcelona and learn more about living and teaching in Spain in our country guide.

The largest coastal city in Spain’s north, Gijón, is known for its unique maritime heritage. Visit the old fisherman’s quarter at Cimadevilla and you’ll be following in the footsteps of Gijón’s past. Head up to Santa Catalina hill and you’ll have a wonderful view of the cliffs and the local sculpture park. To find out more about the city's history, check out the 16th-century clock tower and the museum inside it. 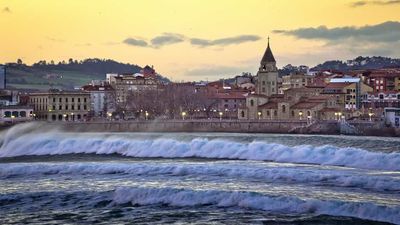 Granada is one of Spain’s most popular tourist destinations. The city is located in the Andalusia region in southern Spain in the foot of the Sierra Nevada mountain range. Granada’s medieval architecture dates back to the regions Moorish occupation. This is especially evident in the Alhambra, a medieval Moorish palace complex.

Get started by taking an in-class TEFL certification course in Granada and learn more about living and teaching in Spain in our country guide. 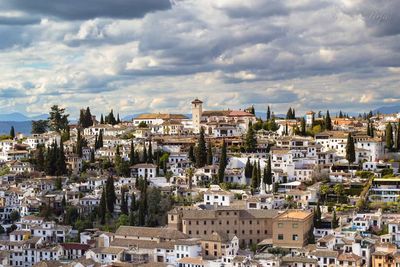 Of course, the beautiful capital of Spain cannot be missed from this list. Madrid is well-known for its rich collections of European Art, especially at the Prado Museum displaying pieces from Goya, Velázquez and other Spanish masters. Plaza Mayor marks the center of the city and the nearby Royal Palace and Armory bear witness to Spain’s monarchial history.

Also read: How to Legally Teach English in Spain with a Student Visa 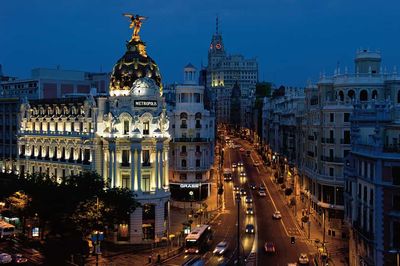 If you are looking for beach and sunshine, San Sebastián is a great choice. The resort town is located on the Bay of Biscay in the mountainous Basque Country. Head down to the two main beaches of Playa de la Concha and Playa de Ondarreta and stroll down the bayfront promenades lined with amazing restaurants and shops. The old town of San Sebastián has beautiful cobblestone streets and old churches and is definitely worth checking out. 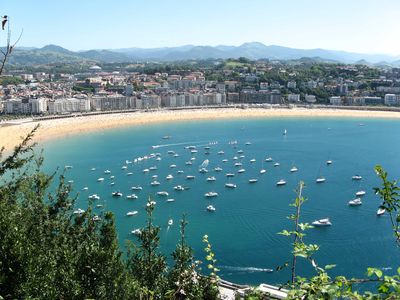 Another popular coastal city in the north of Spain is Santander. It’s the capital of the Cantabria region and home to the Palacio de la Magdalena, a royal summer residence. The heart of the city features the stunning Catedral de Santander with an octagonal cupola and Gothic cloister. There are also many beaches in and around the city that are breathtaking year-round. 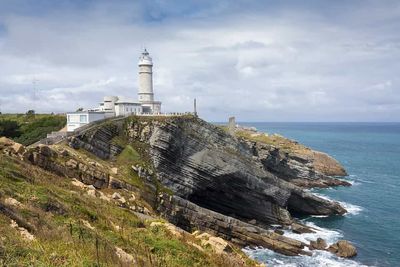 Every year, millions of people head to Santiago de Compostela for their journey along the Camino de Santiago pilgrimage route. The city in Galicia, in the northwest of Spain, is also said to feature the burial site of the Biblical apostle St. James at the Catedral de Santiago de Compostela. Many pilgrims also hike up Monte do Gozo to see the many religious sculptures and to get a stunning view of the city. 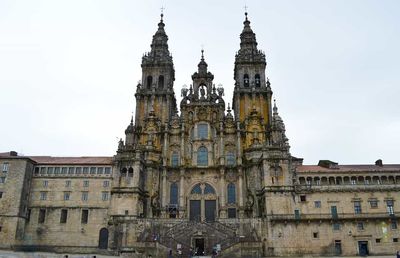 Travel to Seville in Andalusia and you’ll be standing in the birthplace of flamenco dancing. It is said that the dance style originated in the city’s Triana neighborhood. Other famous sites and attractions you can visit in Seville include the ornate Alcázar castle that was built during the Moorish occupation, as well as the beautiful Plaza de Toros de la Maestranza bullring from the 18th century. On top of that, Christopher Columbus’s tomb is located in the Gothic Seville Cathedral.

Get started by taking an in-class TEFL certification course in Seville and learn more about living and teaching in Spain in our country guide. 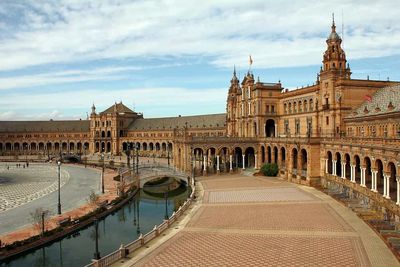 There is no doubt that Toledo is among the most historically interesting cities in Spain. The city is often referred to as the "City of the Three Cultures" due to the cultural influences of Christians, Muslims and Jews reflected in its city history. Because of this multicultural history and its many historic sites of the three cultures, the city was declared a UNESCO World Heritage Site in 1986.

Are you Ready to Live and Teach English In Spain?