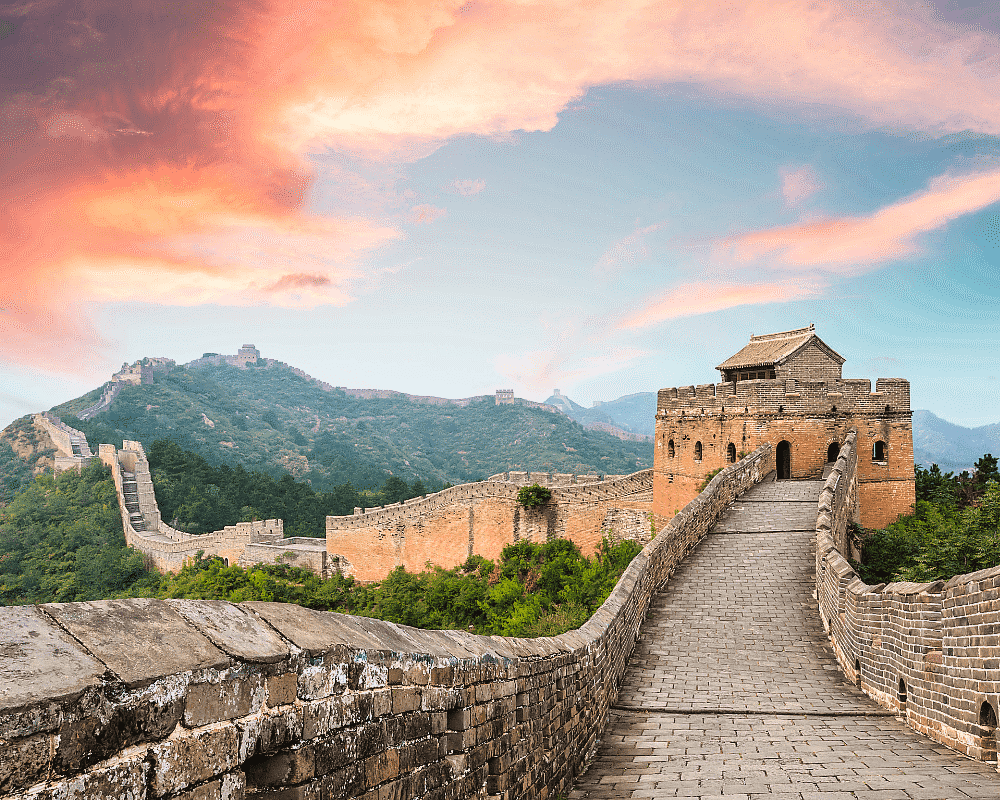 Teaching English abroad is a wonderful way to travel and experience new cultures. For those of us who also love to learn about ancient civilizations and learn from the past, there are a few countries that offer the chance to immerse yourself in history. I reviewed lists that ranked the best places to teach English abroad in 2019 based on a number of google searches, salary opportunities, and how many programs they offer and compare them to the lists of countries with the greatest historical significance and came up with a list of the top 5 countries to teach English abroad for history buffs. ¬†¬†

¬† It is hard to write a destination list for history buffs without including Egypt. The mystery and fascination of the Egyptian Pharaonic culture reach back to the dawn of civilization, circa 3200 BC. Yet Egypt‚Äôs recent history has been turbulent and unstable. Due to media coverage, I hesitated to include Egypt on the list of top destinations to teach English abroad. Ever since the 2011 Revolution Egypt has been deemed no longer safe. And yet, the official travel advisory for Egypt is of the same level as all the other destinations on this list except for the country I rank as the top destination.

In truth, Native English speakers are in high demand in Egypt right now (probably due to the bad rep and lack of travel there). Although the salary may not seem extravagant, due to the low cost of living in Egypt it can afford you a great living standard, with luxuries such as hiring a cleaning service and eating out several times a week while still saving a couple of hundred USD a month for rainy days. Furthermore, travel within Egypt is incredibly cheap, so you can visit all those awe-inspiring ancient sites at a fraction of the cost. Of course, you cannot go to Egypt without visiting the Giza necropolis. It is the iconic image of Egypt: the pyramids and the Sphinx. But there are many other historically significant places to visit in Egypt.

Take a four-week in-class TEFL/TESOL course in Egypt with ITTT. 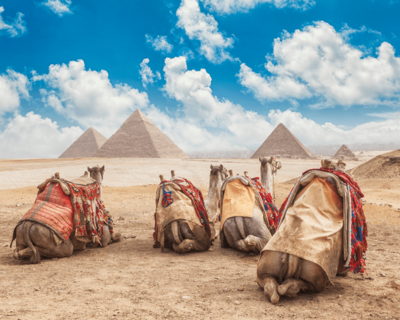 The crossroads of the world, Alexandria, is Egypt‚Äôs leading port and transportation hub. It was founded by Alexander the Great in 331 BC. Although many of Alexandria‚Äôs most famous historic sites were destroyed by devastating earthquakes in the 14th century, it is still worth visiting for its cultural and historical significance. Being in such a prime geographic location (crossroads of the word) allows travelers easy access to also visit Europe and other African countries. Cairo International Airport has quick (and if you time it right ‚Äď cheap) connections to Europe, Asia, and the rest of Africa.

¬† So, while Mexico did not make it on any of the lists of top places to teach English abroad in 2019, it has been a consistently popular destination for new English teachers. Although a 4-year bachelor‚Äôs degree is preferred, it is not required. Being a TEFL certified fluent English speaker will qualify you for fantastic teaching positions in Mexico. The remuneration even for a first-time English teacher will allow you to live a nice lifestyle because housing, food, and travel are all affordable and typically far cheaper than in the U.S. or western Europe.

There are two main reasons why I chose Mexico as one of the top 5 places to teach English as a history buff. The first, of course, is that Mexico has the most UNESCO World Heritage Sites in all of the Americas, and even ranks 7th in the world. There are 27 cultural sites, 6 natural sites, and 2 mixed sites, for a total of 35 UNESCO World Heritage Sites. Mexico is home to the best examples of Mayan civilization during the classical period. Hidden deep within the jungles of the Yucatan Peninsula lie the ruins of the center of the Mayan civilization during ancient times, Chichen Itza. This site is noted for illustrating the fusion of Mayan-Toltec civilizations, through its multitude of elaborate and highly decorated ceremonial structures, including temples, pyramids, palaces, and observatories. For those who are more fascinated by the Hispanic Monarchy, the city of Morelia built during the 16th century exemplifies a fusion of Mesoamerican and Spanish Renaissance ideas.

Take a four-week in-class TEFL/TESOL course in Mexico with ITTT. 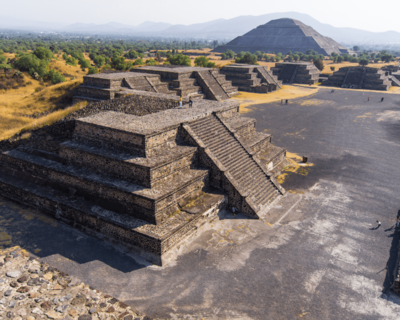 The second reason I chose Mexico as one of the top 5 places is that Mexico is a bridge between Central America and the rest of North America. You can easily (and affordably) travel to Costa Rica, Guatemala, or even the United States. Many airlines have direct flights to and from Mexico City since it is the largest metropolitan area in the Western Hemisphere.

In 2019, Spain is Europe‚Äôs most popular country for teaching English abroad! The increase of Spain‚Äôs popularity as a destination for English Teachers is in part thanks to the Spanish Ministry of Education, which has opened teaching opportunities in several popular cities across Spain. Spain is a great place for teaching beginners to gain some classroom hours and experience in TEFL because many teaching placements don‚Äôt require more than a bachelor‚Äôs degree. Having said that, the remuneration for English teachers in Spain typically isn‚Äôt as high as the other countries on the list. Most teaching wages for public schools and government programs in Spain only cover very basic living expenses, and many programs may not provide airfare or accommodations.

Take a four-week in-class TEFL/TESOL course in Spain with ITTT. 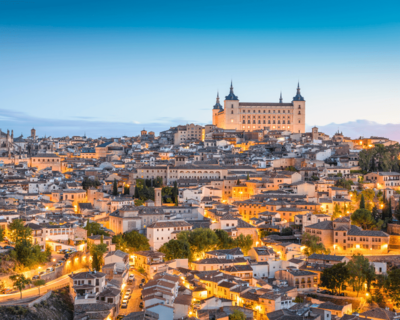 If you are willing to live and travel on a more modest budget, Spain is a fantastic destination for history buffs. Travel within the country is fairly affordable and it has an impressive 47 locations listed as UNESCO World Heritage sites for their cultural significance or natural beauty. To name a few:

As a bonus, Spain is well-connected to the rest of Europe, which is home to ancient historical cities such as Rome, Athens, Berlin, and London among 412 other UNESCO sites across Europe.

China is consistently ranked as one of the top five countries to teach English abroad.¬† Because China is home to one fifth of the world‚Äôs population, this fast-developing country has the largest demand for English teachers. Due to the growing necessity for English Teachers, employers in China offer relatively high salaries and benefits in cities with comparatively low cost of living. This ensures that teachers who make the trip to the far east enjoy a high quality of life in their new or temporary home.

Take a four-week in-class TEFL/TESOL course in China with ITTT. 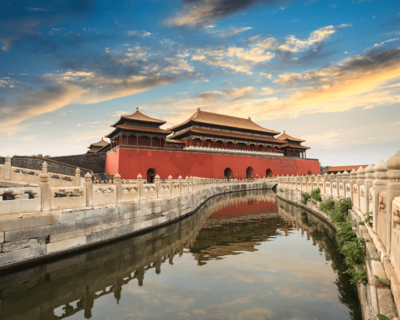 China is also a history buff‚Äôs wonderland. It is one of the earliest centers of human civilization, one of the world‚Äôs longest periods of mostly uninterrupted civilization and one of the world‚Äôs longest continuously used written language systems. As of 2019, 55 noteworthy Chinese sites were inscribed on UNESCO's World Heritage List: 37 Cultural Heritage, 14 Natural Heritage, and 4 Cultural and Natural Heritage, ranking China first in the world! China‚Äôs capital alone, Beijing, is home to seven UNESCO World Heritage Sites: The Great Wall of China, The Forbidden City, The Summer Palace, The Temple of Heaven, Imperial Tombs of the Ming and Qing Dynasties, The Grand Canal, Peking Man in Zhoukoudian.

¬† In 2019, Japan has ranked as one of the top three countries to teach English abroad on many of the lists I referenced. With a population of over 125 million people and one of the world‚Äôs largest economies to recognize the business globalization trend and start mandating English as a corporate language, Japan‚Äôs teaching opportunities tend to be more competitive, so TEFL certifications and teaching experience are recommended.

Take a four-week in-class TEFL/TESOL course in Japan with ITTT. 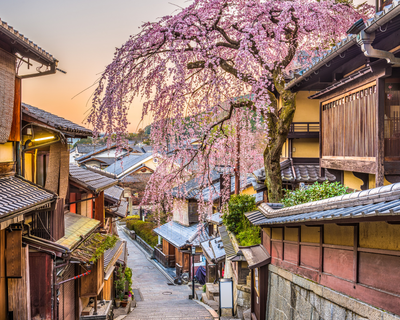 This California-sized island is home to 23 UNESCO World Heritage Sites (19 cultural sites and 4 natural sites). A country with thousands of years of rich history offers plenty of options for someone looking to explore the past, from the common era all the way to WWII. To experience traditional Japanese History (pre-1200) visit the Ise Shrine in Mie Prefecture dedicated to Japan‚Äôs Imperial Family and the deity from which they were derived, Amaterasu. For Samurai history (1200 ‚Äď 1868) visit Sekigahara in Gifu Prefecture. Sekigahara was the site of the most important samurai battle in all of Japan. It effectively ended the period of warring states and ushered in the Edo era under the rule of the Tokugawa Shogunate. And of course, for WWII history buffs, the Hiroshima Peace Memorial is a must-see.

Regardless of which period of history you are fascinated with or which ancient civilization has captured your imagination, chances are that there are teaching opportunities abroad that will allow you to live nearby and immerse yourself in the past. If you wait for a two-week vacation each year, you likely won‚Äôt see all there is to see in this vast and amazing world we live in. Take the opportunity to live abroad and experience new and ancient cultures firsthand. 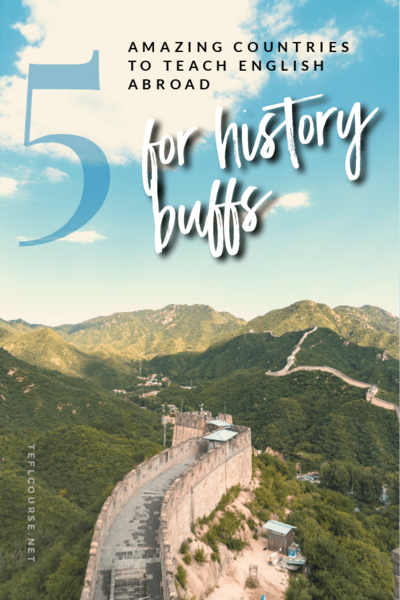