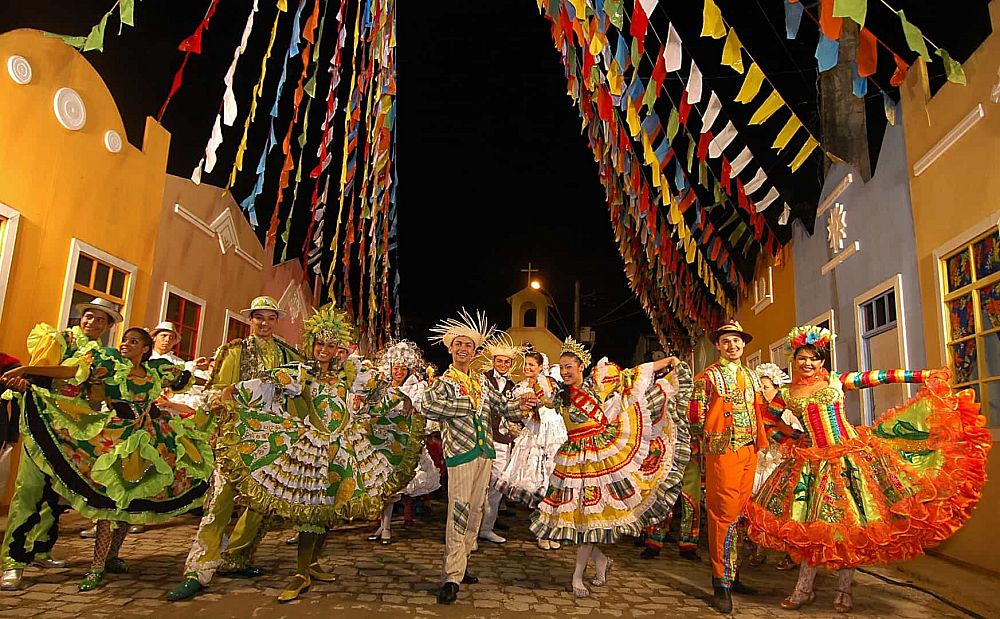 While you are not likely to find the highest salaries in this region, teachers moving to Latin America to teach English are predominantly attracted by the continents cultural richness and varied landscapes. Whether you see yourself exploring the Andes in Chile or the rainforests of Costa Rica, here are the top 10 cities in Latin America with the highest demand for English language teachers.

Argentina has a high demand for English language education leading to lucrative opportunities for qualified English teachers. Most teachers find jobs in the capital Buenos Aires and work for language institutes, private schools as well as public schools. Licensed teachers can also find employment with international schools in Buenos Aires.

The salaries in Buenos Aires are the highest in the country, as is the cost of living in the city. Teaching contracts usually do not include paid accommodation but most employers offer their assistance in finding affordable accommodation before you leave your home country. The main hiring season in Argentina is between March and December with a second hiring season running from July to August.

Buenos Aires is a vibrant city with Plaza de Mayo at its center. 19th-century houses make up the historic core of the city, including Casa Rosada, the presidential palace. Buenos Aires also has an exciting nightlife scene with countless bars, restaurants and clubs.

Get started by taking an in-class TEFL certification course in Buenos Aires and learn more about living and teaching in Argentina in our country guide.

Most teachers coming to Costa Rica are intrigued by the country’s exceptional natural wonders, such as lush rainforests and pristine beaches with first-class surfing opportunities. Even though teaching salaries aren’t the highest in the region, teachers in San José can still live a comfortable lifestyle. The main hiring season is between January and February, as well as between June and July.

Unknown to many people, the streets in the city of San José are laid out like a giant pineapple, leading to the city’s nickname. Located in the Central Valley region, San José lies between the Talamanca Mountains in the south and several volcanoes in the north. The city is famous for its Spanish-colonial architecture, such as the National Theater of Costa Rica on Plaza de la Cultura.

Get started and take our 4-week in-class TEFL certification course in Manuel Antonio, Costa Rica and find out more about living and working in Costa Rica in our country guide. 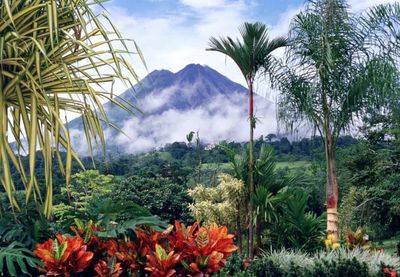 Chile has one of the most stable economies in the region and its capital Santiago has a high demand for English teachers. On top of that, it is relatively straightforward to obtain a work visa for Chile as an EFL teacher. Salaries are higher than in many other parts of Latin America allowing teachers to live a comfortable middle-class lifestyle. However, it is worth noting that teachers with a TEFL certificate usually earn a higher salary. The main hiring season in Chile is either February/March or July/August. Chile has also put forth its very own teaching program, called the English Opens Doors Program that places foreign teachers into schools around the country.

Santiago is nestled between the snow-capped Andes and the Chilean Coast Range making for an action-filled location. At the heart of the city is Plaza de Armas where you will find the Palacio de la Real Audiencia, which houses the National History Museum, and the Metropolitan Cathedral from the 18th century.

Find out more about living and working in Chile in our country guide.

Lima - The City of Kings

Peru attracts millions of visitors each year who are drawn by the country’s mysterious Inca history, especially the thrilling Machu Picchu ruins, as well as Peru’s stunning natural beauty. Many teachers who decide to settle in Peru choose the capital city, Lima. Here, the demand for TEFL qualified teachers is the highest in the country and it’s also a beautiful city to live in. The main hiring season in Peru is between February and March, as well as July and August.

Lima is situated on the Pacific coast and boasts a beautiful colonial city center. Today, the city is amongst the largest in South America. Among Lima’s main attractions are the Museo Larco, housing a collection of pre-Columbian art, and the Plaza de Armas in the center of the city.

Get started and take our 4-week in-class TEFL certification course in Cusco, Peru and find out more about living and working in Peru in our country guide.

Colombia is a relatively fresh destination on the EFL teaching market, making it a great place to start an exciting career. Bogotá, the capital city, has the highest demand for teachers, primarily at private language institutes. However, the Colombian Ministry of Education has now also started recruiting more and more foreign teachers into public schools.

Bogotá is a bustling, high-altitude capital, which might take some getting used to for some. La Candelaria is the city’s cobblestoned center featuring a range of colonial-era landmarks, including the Teatro Colón and the 17th-century Iglesia de San Francisco. Art lovers can also find a rich diversity in Bogotá, especially at the Museo Botero and the Museo del Oro.

Get started and take our 4-week in-class TEFL certification course in Chia, Colombia and find out more about living and working in Colombia in our country guide. 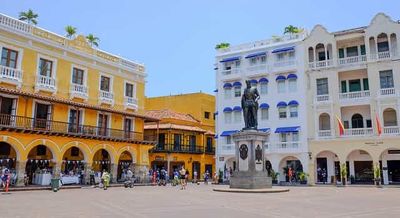 Mexico City - The City of Palaces

Mexico City is the largest city in Latin America with a population of nearly 23 million spread across its 16 municipalities and 300 neighborhoods. Due to its geographic location with a border to the US, English language education is extremely important in Mexico and it is relatively easy to obtain a work visa for teaching English in Mexico.

Mexico City has vacant job positions for qualified teachers throughout the whole year. Templo Mayor, an Aztec temple from the 13th-century, as well as the baroque Catedral Metropolitana de México of the Spanish conquistadors are two of the city’s main landmarks.

Get started and take our 4-week in-class TEFL certification course in Chiapas, Mexico and find out more about living and working in Mexico in our country guide. 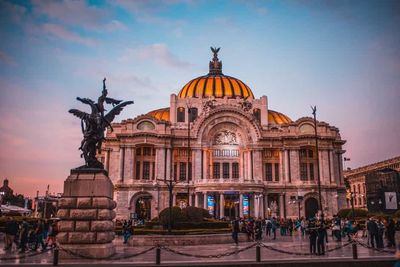 As Brazil is one of the largest emerging markets in the world, it is no surprise that the country is also a lucrative destination for English teachers. The country is eagerly investing in English education due to its major rise as an international economic force.

Rio de Janeiro not only offers attractive job opportunities for English teachers, but it also attracts visitors because of its natural scenery and year-round sunny weather. The low cost of living also makes it possible to live a comfortable lifestyle. The city boasts a long coast and has many beautiful beaches, Copacabana and Ipanema beaches being the most famous. The 38-meter tall Christ the Redeemer statue atop Mount Corcovado is the city’s main landmark.

For more information about living and teaching in Brazil, check out our Brazil country page or take a look at our in-class course option in Natal, Brazil. 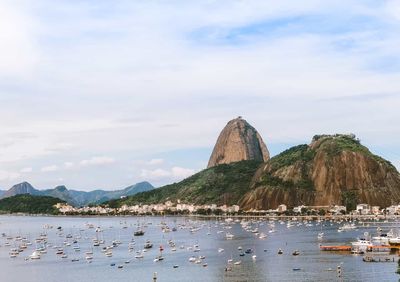 Guatemala’s modern identity is still very much influenced by its Mayan roots. Paired with Spanish colonial influences, Guatemala makes for a unique and exciting destination for teaching English as a foreign language. Teachers looking to make a high salary probably shouldn’t head to Guatemala. However, those looking for an exciting experience in Latin America can find work at universities and non-profit institutes and receive reasonable salaries.

Guatemala City is the largest city and capital of the country. It is located at a relatively high altitude and is surrounded by volcanoes, such as the active Pacaya Volcano in the south. The heart of the city features Plaza Mayor where you will find the National Palace of Culture and other important buildings, such as the Metropolitan Cathedral and the National Library.

Get started by taking an in-class TEFL certification course in La Antigua and learn more about living and teaching in Guatemala in our country guide. 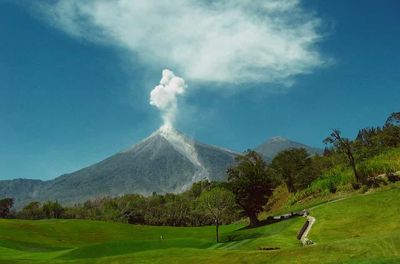 Even though Ecuador is the smallest country in the Andean region of Latin America, it is famous for its rich ecology being home to thousands of exotic species. Therefore, Ecuador is the perfect place for nature lovers. English teachers in Ecuador will mostly teach university students and business professionals making a decent salary.

The capital city Quito sits 2,850 meters above sea level on the slopes of an active volcano. Due to its lofty location, Quito is not for the faint-hearted. However, it is a fascinating city that has plenty to offer EFL teachers.

Get started by taking an in-class TEFL certification course in Loja and learn more about living and teaching in Ecuador in our country guide. 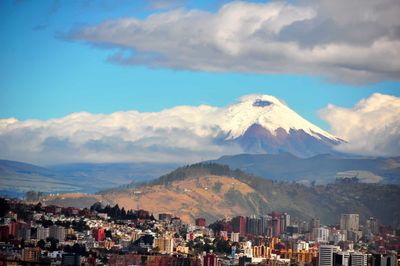 Managua - The Paris of Central America

Nicaragua is not yet one of the main destinations in Latin America, which makes it a hidden gem in the region. The country boasts beautiful beaches, active volcanoes and a year-round tropical climate. Nicaragua also offers great job prospects for new and experienced teachers and schools hire teachers throughout the whole year.

The city of Managua sits on the south shore of Lake Managua offering excellent outdoor opportunities for nature lovers. Among Managua’s most important landmarks is the National Palace of Culture, which houses the National Museum.

Learn more about living and teaching in Nicaragua in our country guide. 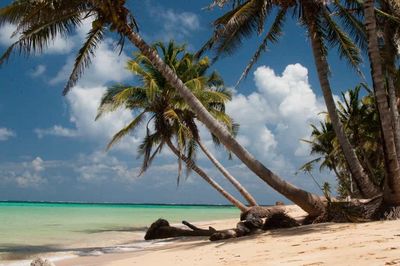 Are you ready to start a new career teaching English in Latin America?

As you can see, Latin America is filled with unique cultures and cities offering excellent opportunities for TEFL qualified teachers. These top 10 cities in Latin America with the highest demand for English language teachers are a great starting point for your teaching career in Latin America.