The Most Common Problems Students in Italy Face When Learning English 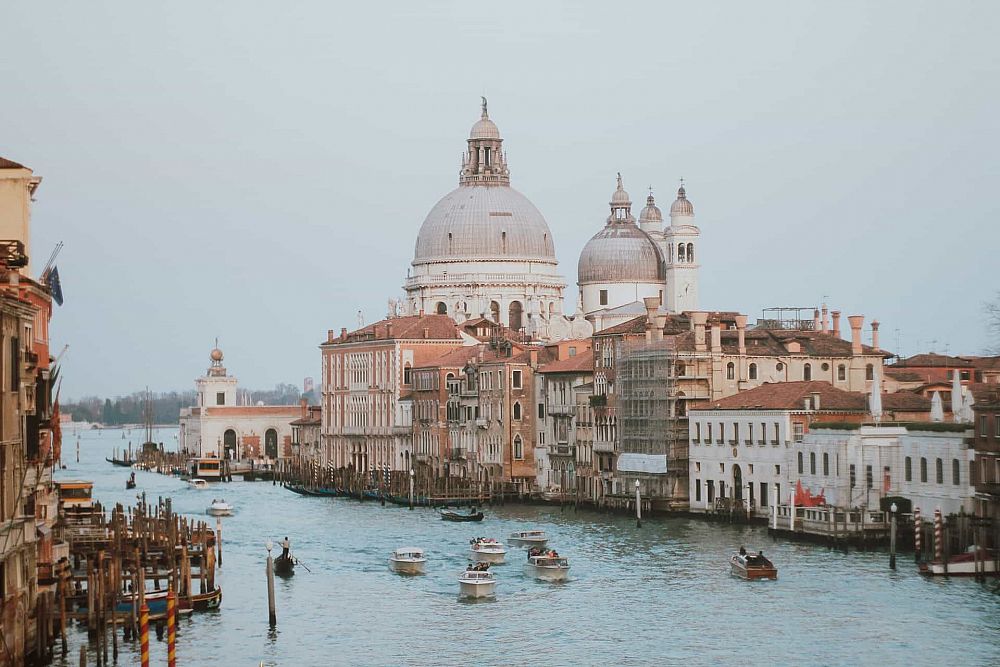 According to the EF English Proficiency Index, in the year 2017 Italy ranked last - among European countries - in English proficiency skills. Being an Italian myself and having studied foreign languages up to my Master's Degree, I have progressively grown aware of the main factors which cause Italy to perform so poorly. Other than grammatical gaps, which are not to be analyzed in this context, I have noticed how the extremely limited exposition to spoken words can affect not only the students’ ability to understand and follow conversations or arguments, but even the possibility for them to be understood when trying to speak.

This post was written by our ITTT graduate Gaia O.

During my university years, I have been working and studying in close contact with Italian people whose English proficiency was high – or, at least, higher than average. Despite a correct grammatical and syntactic development of the sentences, most of these people lacked two elements which, in my opinion, are essential: a proper inflection and a correct pronunciation of several phonemes. Whereas inflection is something that usually comes naturally after a regular exposure to the language, a correct pronunciation of the phonemes should be properly practiced through drilling exercises. Many English classes in Italian schools lack this approach. Grammatical correctness is often considered more important than everything else. I would therefore like to analyze the most frequent pronunciation problems foreigners might face in my country of Italy when talking to someone in English.

Let us start with the more stereotypical observations. First of all, the /r/ issue. In Italian, the /r/ is rolled. Not as strongly as in other languages – such as Finnish – but it is. Although I believe that it is more difficult to reproduce a rolled /r/ for someone who naturally uses a smooth one, reproducing the smooth British or American /r/ can be tricky for many Italians.

Second, the tendency to add a vowel (very often an "e") at the end of the word – e.g. "glass" becomes "glasse". This is most likely due to the fact that, in Italian, every single word ends with a vowel – only loan words and calques end with a consonant. Additionally, especially in Northern Italy, there is a tendency to prolongue the sound of the last vowel. Therefore, it is easy to understand that, to an Italian ear, a word ending with a consonant can sound incomplete or unnatural. In Southern Italy, on the other hand, people tend to double consonants when it is not required – e.g. bugìa becomes buggìa. This phenomenon affects English words pronunciation as well – e.g. mànagement becomes manàggemment. As you can see from this last example, the addition of letters unavoidably causes, more often than not, a shift in the stress of the word, making the pronunciation doubly wrong.

Also read: How to Legally Teach English in Italy with a Student Visa

Problems with the Diphthong “th”

The diphthong 'th' is also complicated for Italians to emulate and this is because such a sound does not exist in their native language. The most natural way for Italians to obviate this issue is by simplifying /ð/ into a dental sound, that is, /d/ or /t/. The /h/ issue is also very interesting, in my opinion. Despite the fact that /h/ is a letter in the Italian alphabet, we need to bear in mind that it is literally called "the mute consonant". As a matter of fact, /h/ rarely represents the first letter of a word and, when it does, it is not pronounced. For example, if we take the two Italian words "ha" and "a" – that is, the verb 'has' and the preposition 'to', respectively – we can see that they are pronounced in the very same way: /a/. This is why most Italians find it unnatural to pronounce /h/ - e.g. 'his' and 'is' are often pronounced the same way.

Difficulties with Irregular Spelling Patterns in the English Written Language

We also need to highlight that Italian is a phonetically written language, meaning that you write the words exactly the way you hear them. English is totally opposite, in that sense. Many Italians tend to pronounce every single letter, when reading a text. Therefore, for example, "island" will not be read /ˈaɪlənd/, but, most likely, /ˈaɪzlənd/ or, in the worst case, /ɪzland/. This example takes us to another very common pronunciation error: the letter "i" pronounced as /ɪ/ instead of /aɪ/, following the Italian pronunciation of the letter "i". The same concept applies to the 'w' in the word 'write', you will typically hear a /v/ instead of a /w/ - which totally works in a German context, though!

Also read: The 7 Most Beautiful Cities in Italy For Teaching English Abroad

More Reasons for the Struggles of Italian English Learners

To conclude, I would like to express my opinion concerning pronunciation problems in Italy. I believe that the lack of training of listening and, above all, speaking skills is largely due to the old-school lesson planning method, which is extremely popular in most Italian public schools. A negative feature of this method is that the speaking time of the teacher considerably exceeds that of the students. If I had to draw a rough cast of the situation, I would say that the teacher's speaking time accounts for 95% of the lesson, while only 5% involves the students. Oftentimes only the most confident students participate actively and shier and less confident students are left behind.

As a consequence, students do not get the opportunity to practise, make mistakes and be corrected and, at the same time, they become even more scared of speaking a foreign language in front of a group of people – especially if they are native English speakers or foreigners. I also believe that Italians do not pay too much attention to these pronunciation problems because they tend to speak English only when required and, above all, among themselves. Obviously, pronunciation problems do not create many hurdles, when you are talking to someone who is native in your very same language.