English is a demanding language because there are so many regional English words and pronunciations which require a great receptive skill to receive and understand for example can’t in the UK is pronounced |kɑːnt|and in the US is pronounced |kænt |. The same English language, it is spoken quite differently; in the UK there is different pronunciation between the English spoken in Glasgow, London or Cardiff. It is also different in countries that have it as a primary language, such as Ghana, South Africa, Nigeria, and New Zealand. For EFL students, Listening becomes a bit of a challenge, because of these pronunciation differences.

This post was written by our TEFL certification graduate Christopher Zacharia L. Please note that this blog post might not necessarily represent the beliefs or opinions of ITTT.

Most of English students in Central or Eastern Europe lean English for the aim of moving to the UK, to the US or working for international organizations based in Berlin, Prague, Brussels or Zurich for Example and they are aware that there is a difference between American and British English, the most question that I get from my students in the Czech Republic is “Is that American or British English?” this question depends on why they are learning English, Most Czech adults students prefer British English and Young learners prefer American English because of their dream future careers in the US.

In these situations, I think teachers need to be acquainted and pay attention to the spelling and grammar rules as well as avoiding mixing both American and British English because it can affect students’ scores should they decide to join British or American schools in the future. Teachers need to think about whether British English or American English is the right choice to be taught to EFL students. 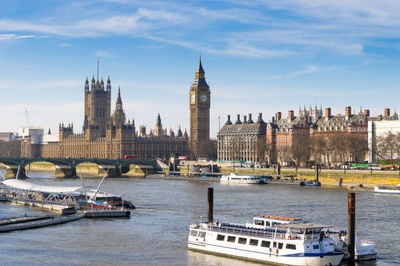 Differences Between BrE and AmE

Although English is the same with few differences, students rise concerns and need to be taught those differences if necessary or asked. I have been asked a few questions by Czech adult students, for example, what is a sidewalk? This is where EFL teachers need to be familiar with those few words like in American English a pavement is called sidewalk, the luggage storage compartment of the saloon-style car in Britain is called a boot but in the US same compartment is called a trunk. Or in the UK a table napkin is called serviette and of course not to forget getting acquainted with the metric system and the older Imperial system used in the US.

There are a few different spelling rules, grammar rules, systems and of course, there are different accents, vocabularies, and pronunciation. EFL Students need to know that there are those differences but that doesn’t necessarily mean that one English is better than the other but they need to be taught the differences when and where the question of differences crop up. 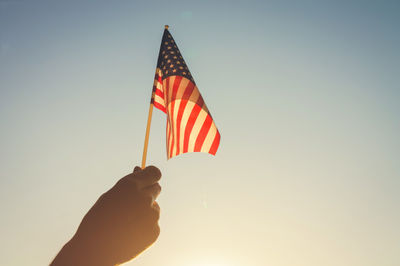 Also Read: How much can I earn teaching abroad?

I’m African and in Africa, we were taught to follow British English rules for spelling and grammar. And that is the same for most former British colonies. It doesn’t matter which version of English I speak or teach but in fact, it’s better to know and be able to explain a little bit of everything. 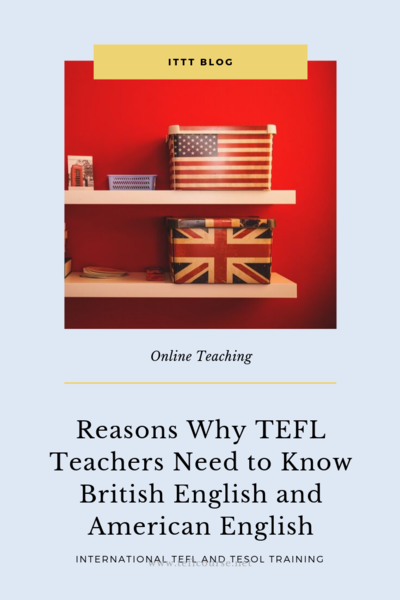