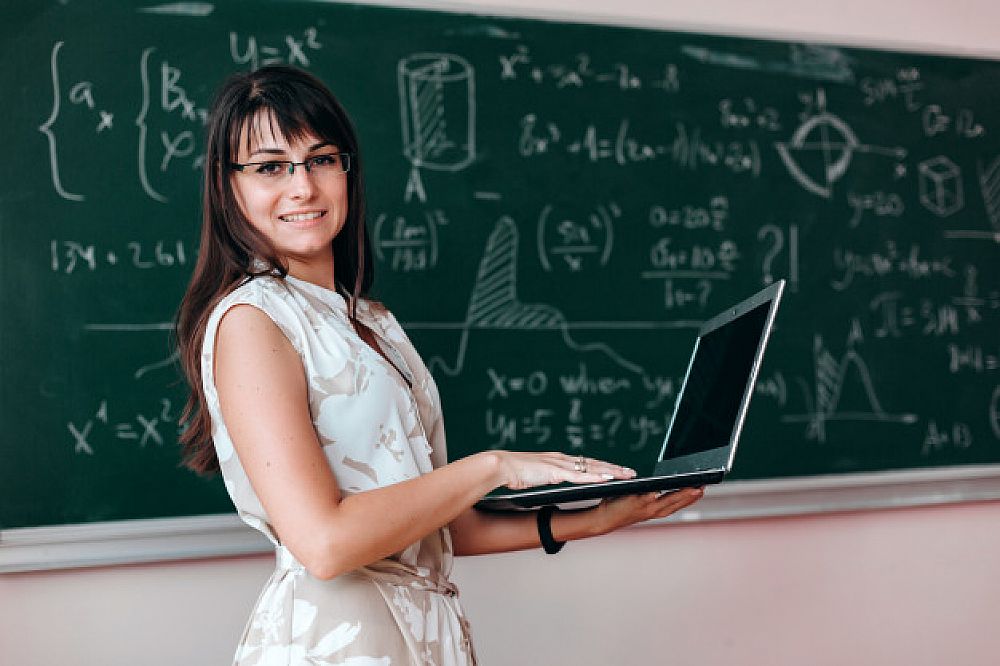 This is my teaching experience so l will tell it in the form of a story. In 2011, l sat for my Advanced Level final exams and then applied for a post of temporary teacher at a school in an area called Date. Beginning of 2012, l traveled to Date from Harare to begin what l call a character building turmoil. I was an inexperienced 20-year-old girl who was about to take on a class that would be sitting for its final exam come to the end of that year, with half the class being my former primary school classmates and the other half not thinking much of me.

This post was written by our TEFL certification graduate Trish A. M.

So here l was, in a rural and remote school, teaching a class of forty students with no teaching guidelines except for my own teaching perceptions and learning experience. My first challenge was to assert my authority, goals, and responsibility. I was also faced with the challenge to establish confidence and high esteem in each one of the students before l could be able to help them build on the little English they had and perfect it. I was fully aware that my mere presence in a position of being their teacher aroused a lot of feelings within them that would hinder their learning process. Finally, l had the greatest hurdles of the Zimbabwean education system which is very conservative to the British curriculum then the general environment and livelihood of my students, meaning to say l was not only tasked to “identify and impart knowledge, skills, motivation and train needs of students but also the resources and features of the educational context during the learning process.”

Once in class, l had to determine their academic level so l asked them each to go and write about their dream profession once they complete their studies. The following day, l had forty double-sheet papers and 99% of the class aspired to be game rangers. There is absolutely nothing wrong with the job but understand that Date is the main growth point in the Hwange National Park, one of the biggest game reserves in Zimbabwe, so game rangers are all that they saw and knew about. That extent of lack of exposure was baffling, at least to me. So, on Friday of the same week, l asked my former primary school headmaster who is now working for the Painted Hunting Dogs Conservative to come and give a talk about the pros and cons of being a game ranger. The following Friday after that, l invited my former classmates who were free to come over and give talks as well. Some had already started at university and some already had stable careers. This exercise did not only enlighten me on the mindsets of my students but that of the community too, it, however, helped me build a long-standing rapport with my students as most of them changed their attitude toward me and toward their school work and motivated them to do better. Till this day, l do not know what teaching method that was but l got the idea from my career guidance expo which was given back at my high school. 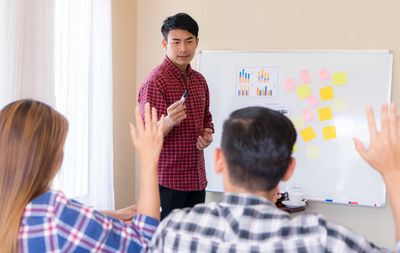 The Importance Of Communication

I now had a group of 20-year-olds and 16-year-olds who were fully motivated and inspired. They were to sit for their final Zimbabwe School Examinations Council (ZIMSEC) English language examination in October of that year but they were adamant that they had to speak in English as part of the preparation for their exam and as part of the English language learning process. They argued that the council only tested for their written English so why should they try speaking it. With that, l had to ask the school administration to set a new rule that English was the mode of communication at school and the use of vernacular on school grounds as a punishable offense. In my classes l dedicated the first ten minutes of my lessons to the impromptu speech by students using a newly learned word, the students found it ridiculous at first so l put a prize on the best speech and they started working on their spoken English. In other lessons, l would make them take turns to read out loud for the whole class from a text. They enjoyed it so much to the extent that some parents l met in the streets would say to me, 'you are the girl who has our children speaking to us in English at home.' I later learned that what l was doing was called the audio-lingual teaching method. 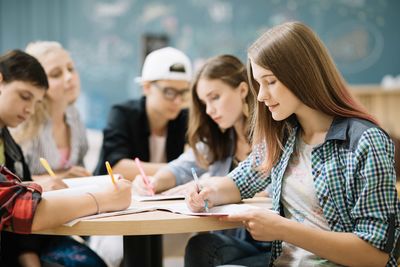 It took a long while for the students to get to a point where they had to freely communicate in the English language. Some were still faced with low esteem challenges so l had to extend my hospitality to after school hours with a parent's written consent. Others were faced with the community stigma that they would amount to nothing, so l started speaking to my students in English even outside the school perimeters to my surprise they joined in and liked it too. But that did not stop the stigmatization and criticism from the community elders, l decided to capitalize on that negative feedback. Back then, the ZIMSEC ordinary level English examination was divided into three sections, the comprehension, the essay, and the Appropriate register sections. I would teach them language on greetings, birthday parties, church events, and school meetings and ask them to go teach people back home. I also asked the school Headmaster to allow my class to draft the invitation to the school's prize-giving ceremony of that year. I think to have to show off their spoken English spiked their confidence a lot it also improved the way they answered their comprehension questions. I learned about the Communicative Language Teaching method only when I took the ITTT TEFL course.

Once they could effectively communicate in English, read out loud in class without stammering or feeling embarrassed and they could answer questions from a passage l read while they were listening (mainly because there was a great shortage of textbooks but this course taught me that is also an effective way of teaching), the great challenge was to put down thoughts on paper creatively. The minute impromptu speeches were but that, short and precise, but now to come up with two full written pages seemed to be a challenge for them. This was everything in one, the tenses, the grammar, the proverbs and idioms, the ordinary level student vocabulary and l had no trick to pull out that would direct them besides the general rules of parts of speech. I had to wing it, every time they went home for their weekend l would give them a creative writing assignment either formal or informal, alternating them every week.

There are two tricks l learned from my mother, a former teacher herself, which l also adopted. First, she'd make her students write a progress test and instead of marking the books at her own time, she would bring back the whole lot unmarked then randomly give the books out and tell the students to arm themselves with pencils to mark the books while they revise as the whole class. During the second term, l also adopted the act of giving out practice tests every Friday in their format, structure and allocated time using past exam papers. By then, having had set for two major national examinations l had a clear understanding of testing but l did not realize that progress tests were designed for evaluation.

In conclusion, my learning and teaching experience taught me great patience and understanding that you cannot enforce something by working on one aspect of it, you have to use everything and every method at your disposal to drive your point home and make sure students understand why you are doing what you are doing. I did not know by name, then, what l was doing but l incorporated what l later learned to have been important teaching methods that helped me achieve what l wanted them to achieve for themselves, hence to this day l still receive thank you messages via social media from my former students. The English language is a core subject in Zimbabwe hence it's very crucial that one does well in it if they are to make a life for themselves. I had to understand their background and challenges first before l took on any foreign ideas to them and help them view things and life in general from a different perspective. It was not just an academic betterment task but a ray of hope to a better livelihood.

Are You Ready To take Your TEFL Course?