Challenges of the French Native Speakers in English Learning 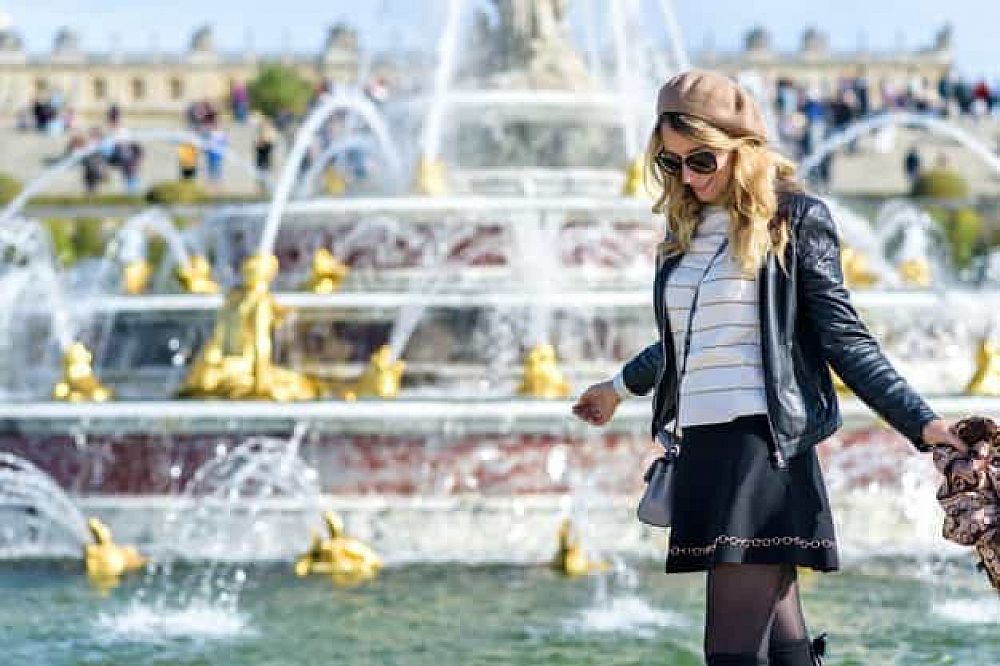 Several surveys, such as EF (Education First), have shown that France has the worst English level in the European Union. We shall explain, firstly, why French students have problems in learning English and what these problems are. Then, secondly, we shall share solutions to these problems.

This post was written by our TEFL certification graduate Mohamed S. Please note that this blog post might not necessarily represent the beliefs or opinions of ITTT.

Indeed, the difficulties that French students face are not recent but have deeper origins which are historical. As you may know, there has been a rivalry between the French and the English dating back to the Hundred Years War (1337-1453,) when the two countries fought to achieve succession to the French throne. Thereafter, the French language had a global dominance and, as recently as the nineteenth century, still was the international language. One should bear in mind that France, like England, was a colonial power and as a result, many countries still have French as their official language.

All of these factors have given immense pride and status for Francophones in France. They have undoubtedly diminished the importance of learning the English language. As a result, we may notice the impact through a cultural aspect. Unlike Northern European countries, which have the best English-speaking skills throughout the continent, France tends to be conservative and does not broadcast any TV shows, series or movies in the original version (with/without subtitles.) In contrast to this action, television has proven to be one of the best means of public communication.

Lack of Exposure to English

There is a significant lack of immersion in English, which can be explained by the geographical situation of France. France has no land borders with the United Kingdom which is not an asset for promoting English-speaking. On the other hand, German-speaking is more prevalent due to many bilingual schools in the France-Germany border cities. 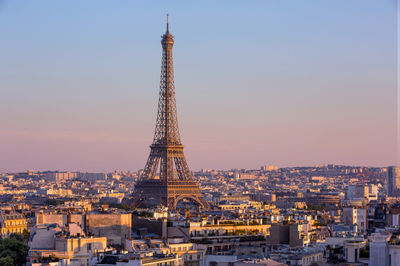 In addition to the relegation of English-speaking to the second tier, there is an impact on academics. English is only taught for one and a half hours in Elementary school and approximately three hours in Secondary school. Furthermore, the speaking and listening skills of English are not enhanced. I feel that I am justified to state this because I am Francophone and I have always lived and studied in France. A Wall Street Institute survey showed that six out of ten French students regret not practicing English orally more than they had. Consequently, this absence of English in the language culture and the lack of contact with other languages lead students to transpose French into English. This creates many problems when learning a language. I will address three problem areas that students usually face: vocabulary, tense (past/present/future) and pronunciation.

Respecting vocabulary, both French and English have many words in common and often share the same Latin and/or Greek roots. This misleads most students while learning English. For example, a French student saying, “Julien blessed me with his words,” does not refer to an actual blessing but rather a complaint. Julien thought that “bless” meant “blesser” (hurt, in French.) This dilemma is what we call a 'false friend'. Many other 'false friends' can get confusing, such as the English words “avocado” (avocat = lawyer, in French,) “bra” (bras = arm, in French,) “journey” (journée = day, in French,) “vacancy” (Vacances = vacation, in French,) and “to dispose of” (disposer de = to have, in French). Also, English words that we call 'false Anglicisms', such as “rugby man” (rugby player,) “baskets” (sneakers,) “pressing” (=dry cleaner's,) and “catch” (=wrestling.)

The next prominent issue that students usually face in the past/present/future tenses. For instance, the use of present perfect and the two present tenses are often misunderstood. French does not have a tense used to express an action that started in the past and continues to the present, e.g. “I have been living in France for two years.” In French, we will use the present simple to state that action. Also, students tend to confuse the English words “for” with “since” as both translate to “Depuis” in French. Also, present continuous, in French, is not systematically used to express an action occurring now whilst in English it is. As an example, in French one may ask “Que fais-tu?” (= what do you do?) for “what are you doing?” and respond with “je lis un livre” (= I read a book,) instead of “I am reading a book.” As a result, students often get confused with the English use of both tenses. 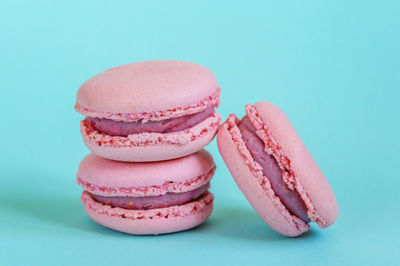 The third issue that I would like to address is pronunciation. In terms of pure English pronunciation, the sounds of “r”, “th” and “h” are the most common mistakes. There are no sounds similar to these letters in French phonology, as follows:

The French “r” is uvular, meaning that only the back of the tongue goes up, meanwhile, it is palatal-alveolar approximant in English: i.e. we draw the whole tongue up to the roof of the mouth.

In regards to “th,” there are no dental sounds in French: i.e. sounds pronounced by placing the tongue against the teeth. Also, enunciating the difference between “think” and “the” can be even harder.

The glottal pronunciation of “h” is inexistent in French. In the French language, the “h” is silent. E.g. homme (= man) and hélicoptère (= helicopter.)

French, in general, is a monotonous language whereas English is not. Therefore, the French language tends to unstress words and mispronounce them which can lead to a misunderstanding when communicating.

To solve the pronunciation problems and the other points mentioned, practice is key. Indeed, students must work on the four skills and focus on speaking and listening. All languages are a means of communication and, most of the time, we speak and listen to communicate more than we read or write. In fact, the more the students establish conversation skills, the more confidence is built and breaks the possibility of inferiority complex.

Students will use the vocabulary learned in class and will be more likely to understand the difference between false friends, as discussed. We, as teachers, can also devote a portion of lessons to make the students aware of the false friend's existence and use examples of them in the “activate phase” of a class.

The more that students converse in English, the better they will be in improving their mistakes. As we all know, lessons are learned by making mistakes. We should take notes throughout the lesson and provide feedback, at the end of class, to let them know which false friends they may have encountered.

For instance, if we plan a lesson about jobs, we can anticipate and bring false friends to the students’ attention in the “engage or study phase.” Some English/French examples are doctor/medicine, physician/physician, lawyer/avocado. We can work on correcting the definition of the confusing word, for instance, “physician” (in French, physician = physicist.) The teacher has the responsibility to keep lessons fun so that students do not bore easily. Tools should be used to make class stimulating especially when dealing with subjects like grammar, which may not be the most pleasant part of learning a new language.

Past/Present/Future tenses are quintessential when learning a language but are also heavy and boring for students. To counter this, we must make this part of a lesson extremely pleasant and stimulating. Therefore, thanks to easy digital access, we can watch movies and listen to music whenever and wherever we want. These two latter suggestions are, personally, an efficient and easy way to understand and master the usage of the English tenses. Regarding the earlier mentioned issue confusion in certain tenses, such as “present perfect,” this tense is commonly used in English and can be heard in songs and movies. 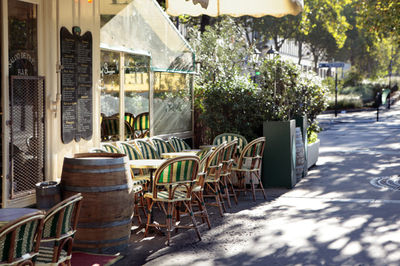 After explaining the lesson, the teacher should ask students to search within their favorite songs or movies/series, which are often from the USA, for samples where “present perfect” is used. The teacher can also use this opportunity to select samples from appropriate movies (or series) or songs, that will please his students, enhance the student-teacher bond and get to know the student’s preferences. The aim is to keep their attention and have an impact on their minds. How many people hum some lyrics from a song or recite lines from a movie without consciously learning them? They sometimes loved it so much that it remained engraved in their minds.

Another way to hammer tenses, as mentioned earlier, is to practice. The teacher can assist in the process by asking questions that will make the students answer using the present perfect tense. e.g.: How long have you been studying English? How long have you known your best friend? Another suggestion is to have the students sing short/clean verses of their favorite songs or play appropriate movie scenes in pairs/groups, during the activate phase of a lesson.

To secure the usage of tenses, the teacher should also use samples of English subtitled songs or movies, so that reading skills are enhanced alongside listening. This will help students to recognize and recreate the way English words are written as well as pronounced. Students should do so with their favorite English series/movies, at home, regularly to improve their overall pronunciation.

Mastering vocabulary and grammar in English does not equate to the ability to converse in the language well. To understand and to be clearly understood, one must pronounce the words correctly. As teachers, we have an important role to play – a model for the students. Each teacher must speak, without any mistakes, and teach students the correct pronunciations. Moreover, phonology must be taught in small amounts and a distributed and organized manner.

This is because it can be very heavy and hard to absorb. Phonemes and stressed syllables can quickly become a nightmare for students. Thus, the teacher will need to take a step-by-step approach and first focus on the hardest pronunciations: i.e. “th,” “h,” and “r,” as mentioned previously. The students will benefit from some exercises like tong twisters and repetition drills. Furthermore, the teacher should allow the students to converse naturally, without interruptions, during the talk phases. The teacher will maintain notetaking of biggest pronunciation mistakes and let the students know at the end of the lesson. As a funny fact, none of my English teachers had corrected me on the pronunciation of some words such as “stingy,” until I traveled to the United States and finally understood that it is pronounced with a “j” sound and not the “g” sound common to French-speakers.

In summation, we can say that the cultural-historical aspect of France has limited the development of English-speaking and has caused various problems, as discussed, for French students that desire to learn. The main solutions addressed are to enhance speaking and listening skills. The recent reform decided upon for High School levels has proven awareness of this problem.