4 Activities for Teaching Future Tenses in the ESL Classroom 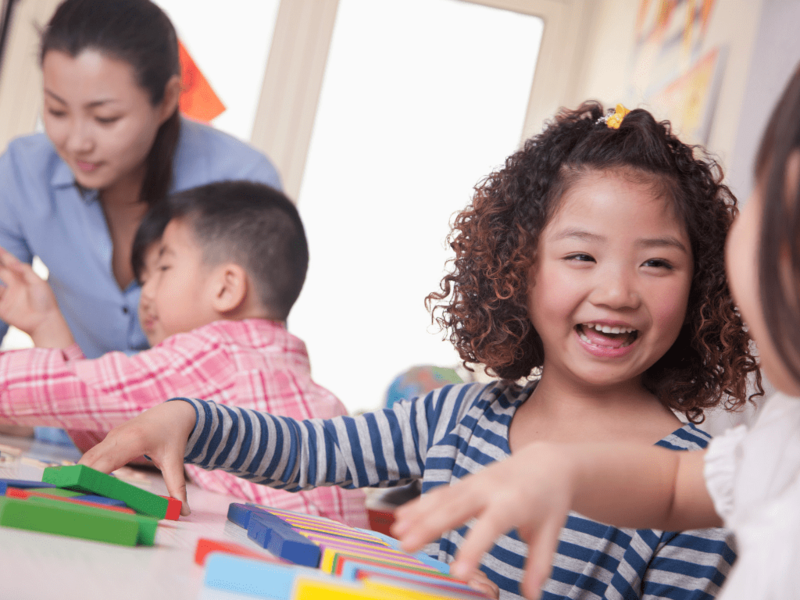 In a previous post, we looked at various teaching ideas for future simple and here we’re going to describe some fun ideas for teaching three other future tenses. There are a wide variety of usages for future tenses and it’s always important to make sure your activities focus on the usages that you’ve taught in your lesson. For example, future continuous can be used to talk about an ongoing action at a point in the future, a fixed future event, polite enquiries or to predict the future or the present. Predicting the present is one that students often have trouble conceptualizing, so we might as well start from there.

When someone we care about is going on a long journey we often think about what they might be doing at any given time. When we do this we typically use the future continuous tense, such as “Rosie will probably be getting on the plane about now” or “Don’t call her now, she’ll be cooking dinner”.

A nice activity for this is a “Guess who” game whereby the teacher prepares a list of celebrities that the students are likely to know – these will normally be world famous people such as The Queen of England, David Beckham, George Clooney, Elton John etc… It’s well worth checking with some other members of staff or friends beforehand though as people we think of as world famous may be unknown in some parts of the world. The idea is for the class to be divided into teams and each team is allocated a name by the teacher and they have to create clues using future continuous for others to guess the person.

An example could be “This person will probably be practicing the piano right now”. You could think about ways to make this competitive as students tend to enjoy this, and consider handing out a name bank for each team to guess from if they struggle with guessing. A great way to end this game is to have students think of famous people themselves and continue the game. It really doesn’t matter if the teacher doesn’t know the celebrity, because students can tell you about them in English once they’ve been correctly guessed!

Also read: How To Write The Perfect ESL Lesson Plan

Ongoing action at a point in the future

Another way we use the future continuous is to talk about what we will be doing at some point in the future, such as “This time next week I’ll be sitting on a beach”. We can use future continuous to talk about arrangements when we want to give some kind of reminder or warning, such as “I’ll be leaving for work at 8 o’clock if you want me to give you a lift”. We can also use it to make excuses if we don’t want to do something such as go out on a date that someone you don’t like has invited you on.

There’s a classic TEFL game called “The date from hell” which can be used to practice this. Half the students in the class are given a page representing a diary and they mingle speaking to each other trying to make dates with other people in the room. The aim is for respondents to create amusing reasons for not going on a date and the students asking the question make a note of them to report back at the end of the activity. Examples are “Su can’t go to the cinema with me on Saturday because she’ll be washing her hair” and “Mark can’t go bowling with me on Sunday because he’ll be tidying his room”.

Expected achievements at a point in the future

Moving on from something we will be doing at some point in the future, we can also talk about what we will have done by a point in the future, by using the future perfect tense. This is often used when planning careers or life achievements; “By this time next year I will have finished all my exams”. It’s also acceptable to use other modal auxiliary verbs here instead of ‘will’, such as ‘should, might, may’.

An enjoyable activity that works well with this is to set students up in small groups to invent an extremely successful future career for themselves for example as musicians, politicians or travellers. Examples of what to aim for could be: MUSICIANS: By this time next year we’d have signed a contract with a recording company. In two years’ time we will have performed in many countries around the world… A good way to use this is for each group of students to have exactly the same role and get them to describe their future careers to the class in the most optimistic and ambitious way.

The future perfect continuous describes actions that will continue up until a point in the future. The activity will have begun sometime in the past, present, or in the future, (relative to now) and is expected to continue in the future. When we use this, we’re projecting ourselves forward in time and looking back. It’s certainly challenging to teach, and you’re unlikely to teach it to any students below intermediate level as an EFL teacher. This isn’t a blog to teach grammar, but an example that you might relate to is:

“I will have been teaching EFL for 4 months by the time I move to Vietnam.”

This doesn’t tell us when the action of teaching started in relation to now. When combined with ‘still’, the future continuous refers to events that are already happening now and that we expect to continue some time into the future. For example “I’ll still be paying for my house when I’m 60 years’ old”.

As so often is the case, the simplest activities are the most effective even with the more difficult teaching points. Set students up in small groups and give them 2 stacks of cards with prompts; time-markers (next July/in 2 years’ time..), and verbs (work/live/learn/wear/..). Alternatively, you could make some cardboard dice and put the same information on the faces. Students either pick up a card from each stack or roll the two dice and make sentences using the prompts. This can be made more fun by setting it up as a tennis-relay game, whereby the last student to speak is the winner of each round, as long as they haven’t repeated something that has already been said or made an inaccurate sentence. For example: “this time next year/live” - “I will have been living with my partner for 18 months by this time next year.”

These activities for teaching future tenses will help you create fun lessons your students will most certainly enjoy and benefit from.