7 Activities for Teaching Reported Speech in the ESL Classroom 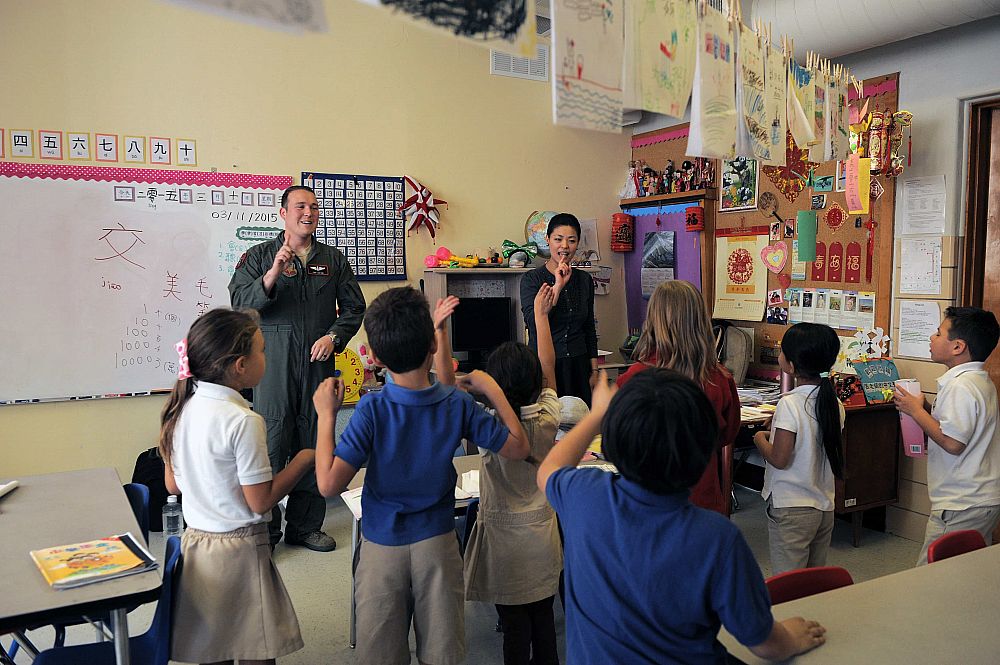 When teaching reported speech the potential for mistakes, errors, and the general difficulty is enormous due to the number of changes that are made with verb tenses, patterns, pronouns, questions, time expressions etc.. It’s important to cover the subject slowly with lots of verbal practice at every opportunity. There are plenty of standard ‘change the direct speech to reported speech’ activities, but your students will soon tire of these if you overuse them. Here are some ideas which have worked well in the EFL classroom and will give your students a good amount of talk time in a variety of ways.

This is a fun dispute roleplay that is ideal when students are split up into groups of 3, although 4 can work too. Give students prompt cards with their roles (husband vs wife/neighbor vs neighbor/friend vs friend/server vs customer/politician vs voter ….). Also have topic cards to help them make a statement complaining about the other person, for example (husband vs wife: food/ temper/cleanliness/going out/television..).

One of the 3 or 4 students is nominated to be the mediator or “go-between” and must report the complaints and responses as they are given to them. For example, the wife might say to the mediator: “He threw some plates when he was angry”, which would be reported to the husband as “She said that you had thrown some plates when you were angry”. Try to keep the arguments going for as long as possible before swapping roles. Have the mediator pass judgment at the end of each round for an added element of fun.

Also read: How To Set Up Your EFL Classroom The Right Way

This is a fun game whereby students are given statements that they can either use as they are written or adapt, and others must try to find out whether they are telling the truth or lying. There is a similar game that’s popular on UK TV called “Would I Lie to You?” For example, a student may take a slip of paper with “My brother is a pilot” and can either say this or something similar of their own choice, such as “My brother is a brain surgeon”.

Other students then take turns to ask natural questions in any tense to find out more information, such as “Where did he study?” and then say whether they think the statement is true or false by saying something using reported speech. For example, “I think it’s false because he said he had studied medicine at the London School of Economics”. 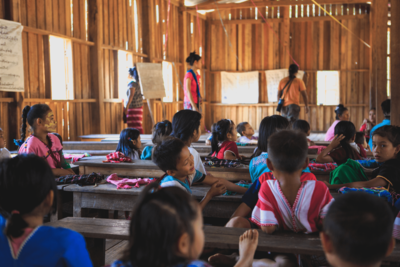 Many people will be familiar with the game “Concentration”. It’s also known as ‘Pelmanism’ and is used as a standard activity in the ESL classroom based on memorizing cards or other objects placed in front of the players. This lends itself well to the standard change from direct to reported speech activity by having 8 pairs of cards with direct speech and matching reported speech on them, such as “I ate 6 sausages for lunch” matching with “You said that you’d eaten 6 sausages for lunch”.

Students play in groups of 2-4 with the cards face down, separating the direct and reported ones, and take turns turning over one, changing to the matching form, and then turning over another. If they match, the student keeps them, if not they are turned back over and the next student has a go. The student with the most cards at the end of the game is the winner. You could have the students make their own version for other groups to use.

This is a fast-moving game that requires minimal preparation other than having slips of paper or card with vocabulary for people on, such as mother, teacher, police officer, best friend… These words also need to be on a word-bank that students have in front of them. The aim is for students to get others to guess the word that they pick up by using reporting verbs. For example “This person told me to get out of the car” = police officer. Think about how to maximize the fun-factor depending on your class size. Perhaps see how many words can be guessed by a team in 30 seconds before changing to the next team. 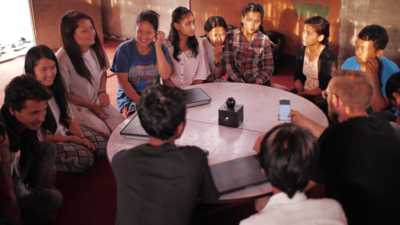 This can be played in pairs (singles tennis) or groups of 4 (doubles tennis). Put verbs in a given form on cards which are placed face down on the desk. A student picks up a card and must make any sentence using the verb. The opposing student must then report back. Example with ‘took’ – ‘I took an exam last week’ – ‘she said she’d taken an exam last week’. The receiving student repeats the process back using the same word, for example – ‘I took my brother to the airport yesterday’. Students continue and see who makes a ‘fault’ first. Keep score like tennis.

This is a mingling activity that’s best suited to larger classes. Prepare simple questions for students to ask each other and put each on a separate slip of paper. Example questions are “Can you play the guitar?”, “Are you going out tonight?”. Give each student just one question and have them mingle round asking the question to as many people as possible and making a note of answers. You can then have a two-stage feedback session, both of which will use reported speech. Firstly, you can question students about what others had asked: “What did Kay ask?” > “She asked if I could play the guitar”. Secondly, you can ask students what they found out: “Tom said he was going out tonight”. 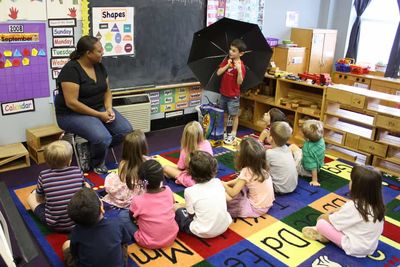 This is similar to the “Who asked what?” activity but is suited to any class size. Create a simple questionnaire for students to mingle with, asking each other questions and recording names and answers in note form. An example question could be “Find someone who went out for a meal last week?” (Ask where). Allow time for students to tell you what they found out, practicing use of reported speech. For example: “Liz said she had been out for a meal in town last week”.

Do remember that reported speech requires a lot of practice by students learning the language, so these ideas should enable you to ensure students have fun whilst improving their English skills. 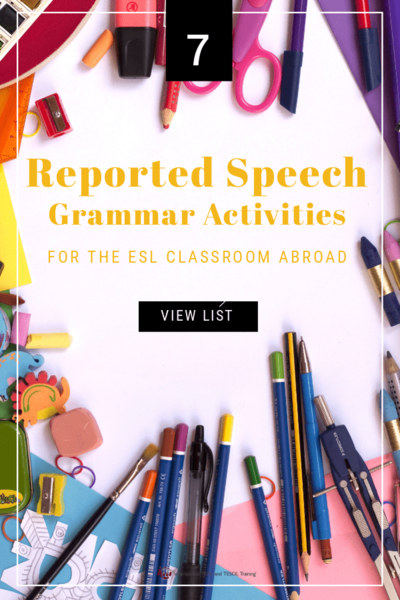