The Struggles for Japanese Students When Learning English 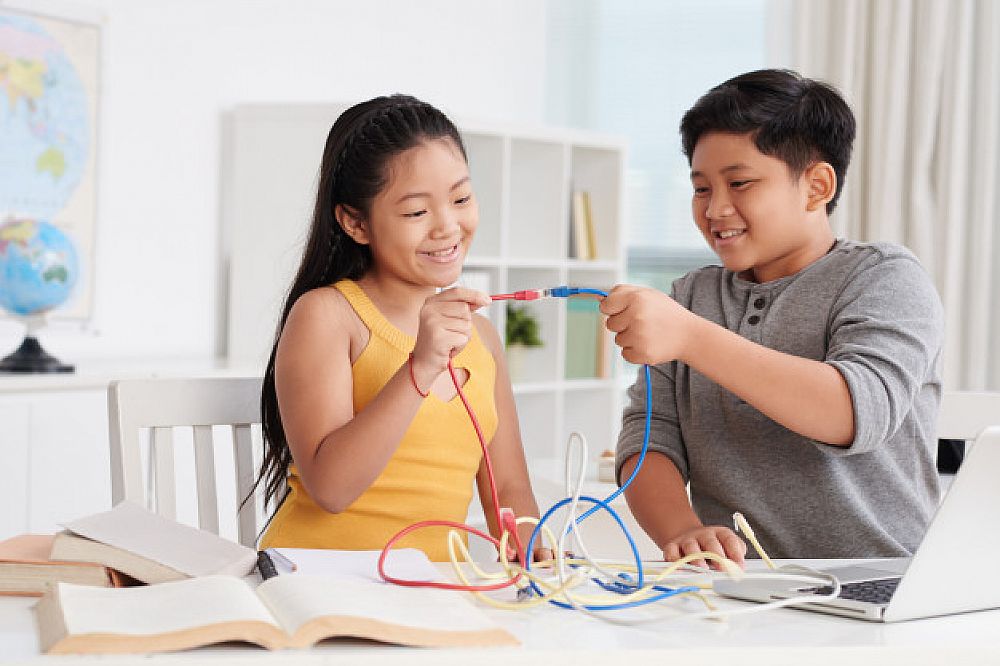 I have been teaching in Japan for over 12 years in three different locations ranging from the southernmost part of Hokkaido to the southern island of Kyushu, where I presently reside. The youngest students I have had were children not even two years of age, whereas my older students were in their seventies. This is a very common situation for those who teach here in Japan; a country where the English boom occurred not too long after they rebuilt their nation following the Second World War.

This post was written by our TEFL certification graduate Andrew W. Please note that this blog post might not necessarily represent the beliefs or opinions of ITTT.

The Japanese are in love with western culture, especially that of the United States. Due to this, they take in as much English as they can in just about every aspect of their lives. You will find English printed on most clothing, on just about every television program, and even embedded in their language. Which makes it very confusing, and often aggravating, to see a student with years and years of experience in studying the language barely able to construct a complete sentence.

This comes down to how the Japanese perceive English as a language, and how they are taught the language in the classroom. It is not a new topic of debate; it is one that has been made for decades. Many teachers have come to this lovely country in hopes of soaking up the culture as well as leaving their impression onto the students they teach. The Japanese people would have it no other way. However, because of their perception of the language and the people who speak it, it is often a difficult task for them to take the study of English seriously. 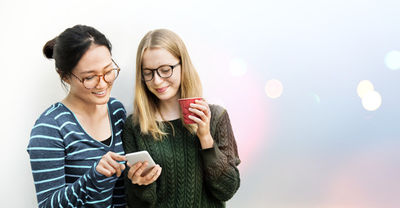 As was mentioned previously, English is embedded in this country’s culture and language. On the television, you will see English words and phrases pop up numerous times. What you will not often see are Japanese personalities being able to use the language in a serious enough manner. The Japanese thrive on comedy. Some of the most famous personalities you will see on the television are those who are comedians, or those in other fields who have a good sense of humor. Often these personalities will utilize English jokes that often turn into catchphrases. These personalities and their jokes are so popular that students will imitate them to no end. Teaching these students means you often must break them of the habit of using English in an overly comedic way. A task that becomes very daunting.

Another problem that one who teaches here will run into, is the Japanese perception of those who speak English fluently. The media will once again showcase those who do in a comedic light, often undermining any teacher who attempts to put a serious tone on studying the language. One must always provide a fun atmosphere when teaching the language so that the students do not tire of course, but when the majority of the English the Japanese see and hear are jokes and intentional mispronunciations for comedic value, it can very difficult to override this view of English when the time comes to be serious in the classroom. Most foreign teachers here believe they are seen more as clowns than as actual English teachers, further hindering their attempts. 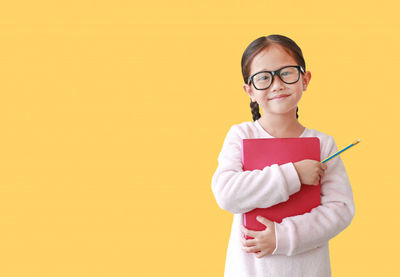 Now all the above must not take away from the fact that English is also on the opposite spectrum when it comes to the Japanese language, as far as languages go. While English only has the one alphabet, Japanese is comprised of three alphabet systems in all. One of those systems is a slightly altered form of the Chinese kanji system. All of them are based on sounds as well. One must also realize that the formation of a Japanese sentence is different as well. Nouns, verbs, adjectives, they are all ordered differently within the sentence. Subjects are often removed; sentences are often shortened. One can only imagine the difficulties students have when working with a language that is so different from their own. In recent years Japanese children have been studying the English alphabet in elementary school with many students even starting as soon as they enter kindergarten. Japan’s education ministry is very determined to get their people learning the language as fast as they can.

Anyone who has studied a second language can attest to the well-known fact that confidence is often in short supply when studying said language. Students who are lacking in confidence will often give up. Even those who have confidence will not always be the first to speak up in class. Students here in Japan fall under a category of students who are often very shy, even when confidence is not their problem. One of the complaints people have here when teaching is how quiet and non-responsive students can be. It is often very hard to judge those students and gauge what is lacking for further study. A cultural issue such as this requires a tiring effort by the teacher to focus much energy and time to find out what he/she must do to improve the levels of the students.

The above reasons stated make it incredibly difficult for both Japanese and foreign teachers to get the students to react properly in the classroom. In recent years there has been an increase in English classes being more welcoming with entertaining activities and an overall friendlier atmosphere. I have tried to produce an atmosphere in the class that allows for the students to feel free in making mistakes and questioning what is occurring. Many past students who have come back after they graduate have often expressed resentment in how they did not study hard enough. I, of course, tell them that is easy to continue their English lessons individually, but often the response I receive is how they could not possibly understand what they are being taught. It continues to be a problem that I hope I will have better luck overcoming in the future. 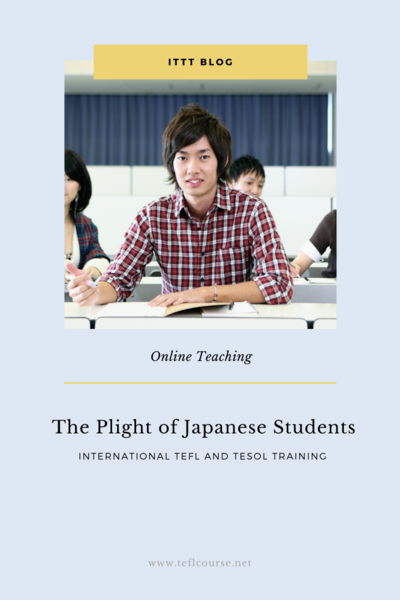