Pronunciation is an essential part of the English language. Clear and cohesive speech can create meaningful conversations, meanwhile incorrect pronunciation can lead to misunderstandings. Every, non-native English-speaking country has pronunciation problems. One of the countries which come across with pronunciation errors is my homeland Azerbaijan. It is a lovely country, with nice traditions and people.

This post was written by our TEFL certification graduate Narmina M. Please note that this blog post might not necessarily represent the beliefs or opinions of ITTT.

There are many different nationalities that live in my country. People speak various languages. Our official language is Azerbaijani; however, the people here speak Russian and Turkish too. English language plays an essential role in my country today, as not only students at school study this language, but also adults who are seeking international job opportunities abroad or to work with foreign companies that are based here in Baku (capital of Azerbaijan).

So why are pronunciation errors in English occur in Azerbaijan? In my opinion, the pronunciation problems stem from more than 20 years ago, when my country was part of the Soviet Union. During this time people were using one language for communication which was Russian. The English language was not essential and developed, it can even be said, that it was an unknown language to the majority of citizens. 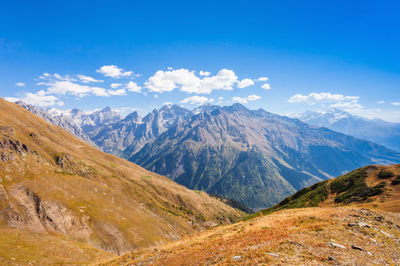 Eventually when the North part of the Soviet Union (now Russia) started to add the English language in their education system, people in Azerbaijan begun to show interest in it. Many of the locals started to buy books about English grammar, language description, ways of usage and so on. They were self-learners. As much as they were learning about grammar, they were also learning vocabulary.

They saw unfamiliar words, the words that contained letters which were not easy to read, because it is a known fact that English is not a phonetic language, like Russian or Azerbaijani, so by comparing languages they read the words as they were written, by omitting phonemes structure and correct pronunciation of the words.

Also Read: How My Passion For The Spanish Language Made Me Become An English Teacher Abroad

So, what kind of pronunciation problems they were facing and even nowadays we can sometimes come across among the Azerbaijan students who learn English in their native country (EFL)?

The same problem occurs with a letter ‘C’[si:]. Both the Azerbaijan and Russian language has a similar character, but in Azerbaijan, it sounds as [dj] and in Russian as[es]. So, let say, they saw the word ‘Cat’ for the first time, people who spoke Russian would read it as [sʌt] and Azerbaijani speaking person would read it as [djʌt].

Second of all, it is a common fact, that different languages have different characters and letters in their alphabet, which cannot be found in any other one, so the absence of particular letters in the Azerbaijani language is another problem of wrong pronunciation for local EFL students. For instance, the letter ‘W’. Some of the Azerbaijani speakers had pronounced it as [v] and not as [dabl ju].

One of the reasons why there were so many problems with incorrect pronunciation is because during this time people were not exposed to native English speakers at all.

Before the dissolution of the Soviet Union, Azerbaijan had pronounced itself an independent country and totally changed their direction and education structure. Day by day the Azerbaijan Republic is developing and growing. It does not only participate in worldwide international competitions and conferences but also hosts them, for instance, Europe Olympic games, Formula 1 and so on. Many foreign companies also came to Baku because of Oil and Gas, which meant a lot of English-speaking people. Local people got a chance to be exposed to the English language, to communicate and hear how English sounded.

Fast and vast developing of technology and its improvement plays a significant role in exposure to the English language. The Internet and easy access to online sources boosted motivation and more interest in the English language for EFL Azerbaijani students. Nowadays they can go online stream any English radio stations or channels, by one click they can download their favorite English movies, so they could practice and develop their listening skills along with pronunciation.

EFL Azerbaijan students can check their English level by passing such external exams as IELTS, TOEFL, which can now be taken in Azerbaijan and they don’t need to go abroad to do them. 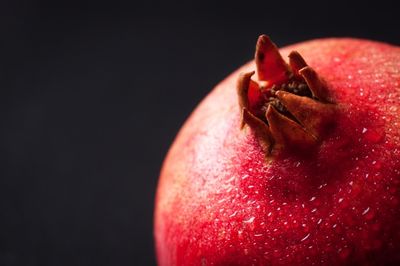 If we compare TEFL teachers of 20 years ago and with those of today, we can see a huge difference in their teaching structure, in their language level and in their clear speech. Nowadays teachers have the opportunity to be internationally recognized and certified as TEFL, TESOL teacher by passing such teaching courses as TEFOL, TESOL, CELTA, DELTA.

It can't say that the pronunciation problems have fully disappeared in Baku, nevertheless, it has been reduced by approximately 80%. Still teachers can come across with EFL Azerbaijan students whom until now try to compare their native alphabet to the English one, or mispronouncing the phrase ‘Thank you”-[θæŋk ju]” as [Sank ju] and it is totally expected at the beginning of learning, nevertheless now they have better support and role model of the present day teachers, who are not native speakers, but don’t have pronunciation problems as their predecessors.

Do you want to teach English abroad? You are one step from it!