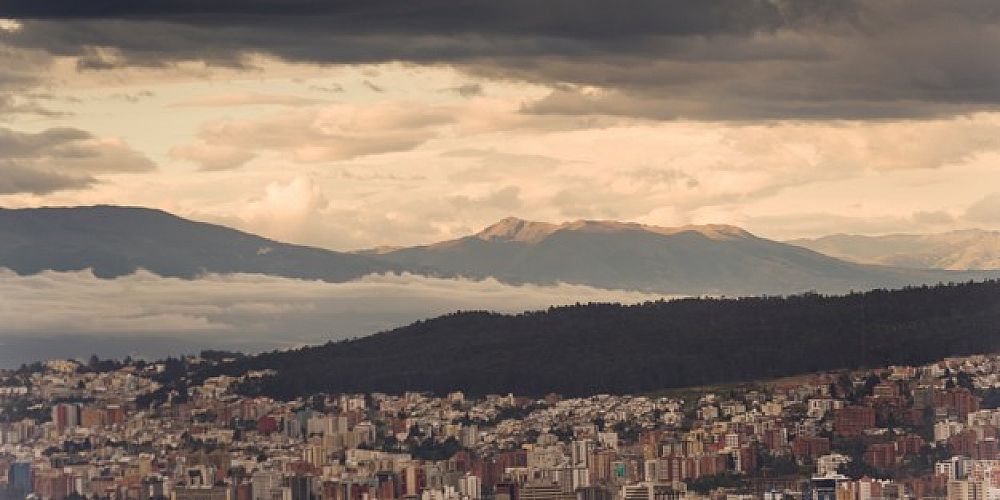 The native language in Ecuador is Quichua, an Inca language. It is spoken by the Indian population, but Spanish is the most common, widely spoken language. Besides Spanish, ten native languages are spoken in Ecuador. English is the most spoken foreign language amongst tourist providers and professionals. For this reason, English is taught in most schools as a Foreign Language.

This post was written by our TEFL certification graduate Jemma W. Please note that this blog post might not necessarily represent the beliefs or opinions of ITTT.

Most students find it very hard to learn English in Ecuador as there are very few people to practice with. It is only the most dedicated students who put the effort in to studying and practicing and can have a conversation with a native English speaker.

The biggest problem for the students is not being able to practice outside of school because the common language is Spanish. This is because the majority of the population is from lower-income families and cannot afford extra classes or tuition for their children to get better at English. One of the only ways people can have a chance to become fluent in English as a foreign language is by traveling, visiting, even staying for some time in another country but that is very costly too and out of the question, economically for the majority of families to be able to afford. However, I think it is the most realistic way students would get to hear the language all the time and would have to learn how to communicate. They also hear genuine pronunciation from native speakers. They will get a better advantage of hearing how the language is used, not just grammatically speaking how it should be used. For some people, it is better to learn the language first, within the environment and then learn why it is used in that way grammatically. 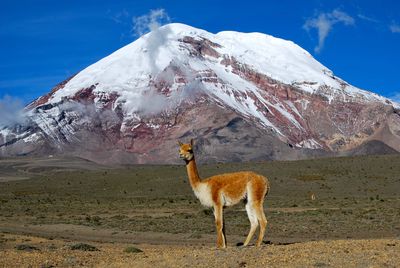 There is an exchange program that exists in Ecuador that is run by Rotary and students from Ecuador can go and stay with American or European families in Germany, France and other South American countries like Brazil and students from those families come and stay in Ecuador. The program lasts for around 10 months and allows Ecuadorian teenagers to learn English as well as experiencing a lot of other aspects of life.

Also Read: What is the TaLK Program for teaching English in South Korea?

One of the main problems in the Ecuadorian school system is the accent the students pick up. They are being taught by Ecuadorian teachers who have visited the US and can speak some English and teach traditionally, strictly following a textbook. The teachers don’t have a very good pronunciation of words in English and this is transmitted to the students. The students find it difficult to understand different English accents, like American, British, Australian and Canadian. When they hear them they are not used to it because they are used to the Ecuadorian pronunciation. When they hear a foreigner speaking English it is even harder for them. For example, when an Indian person is speaking English or an African person.

The schools in Ecuador are incorporating a rule into the education system, that all English teachers must show their English level and have at least a B2 level certificate to be able to teach English. Hopefully, this will help the standard of education and the students will have a better chance to learn and become fluent or at least understand more.

My conclusion is that it is very difficult for students to learn English as a foreign language when they don't have the means to practice with anyone. 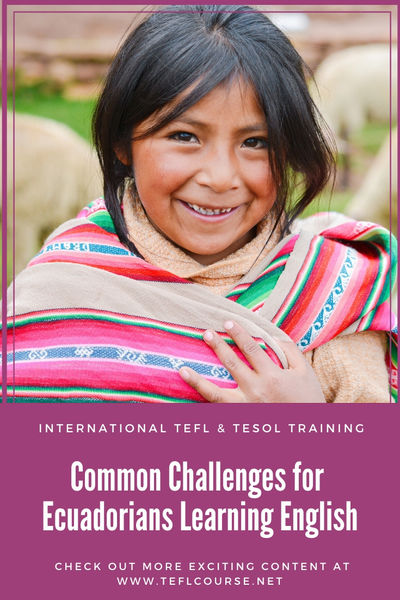