Who Your Students will be when Teaching English in Turkey 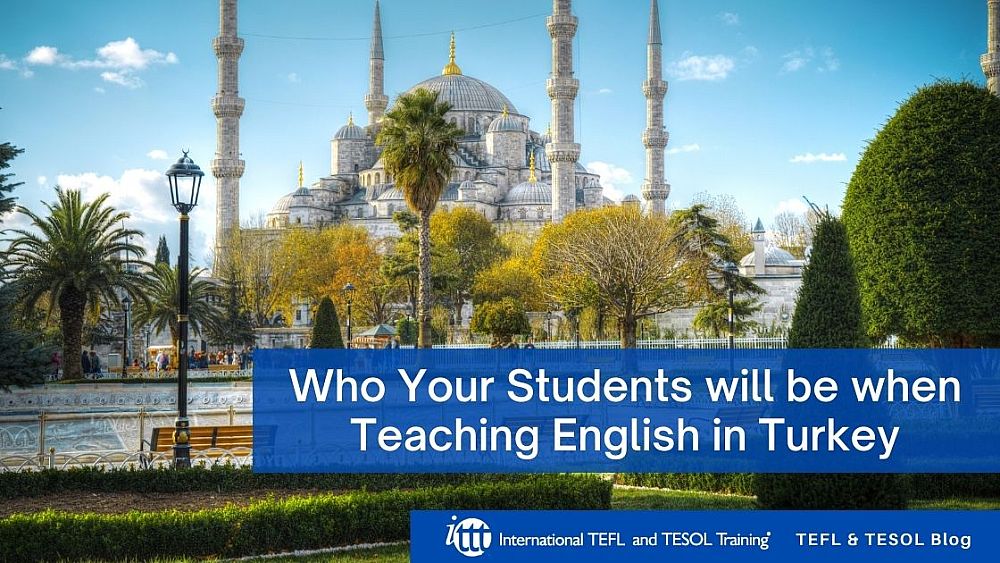 Teaching English in Turkey can be challenging as this language is not very common here. Turkish people are very loyal to their country and language, so they consider it unimportant to learn a new language. Moreover, in their opinion, foreigners must learn Turkish to communicate with them and never the opposite. Thus, if your target population to teach the English language is Turkish, your chance of finding a job is very low. However, it is well known that Turkey, especially Istanbul, Ankara, and Kutahya, are full of foreigners willing to learn the English language in Turkey for many reasons that we will discuss later in this article.

“I am studying English in Turkey.” For a while, when you hear this statement, you might think, “What a stupid idea to study English in a country where English is actually not used.” The truth is, it is very important for some foreigners to learn the English language in Turkey.

Turkey is considered a temporary face in the life of someone who is seeking higher standards. People from all over the world move to Turkey to continue their academic education as Turkish universities are well known for their well-qualified university teachers and professors and their valuable curriculums.

However, because many students have higher ambitions and are not willing to stay in Turkey, they prefer to study their major in the English language as English is an international language. Thus, students who are not familiar with the English language have to attend English courses in order to learn the language.

Moreover, Turkey is full of language schools. One of the most important and well-known language schools is “English Time” which you can find a campus in every region of every city. Suppose you decide to apply for a job in a language school. Make sure to ask about the payment per hour as it differs from one region to another in a range between 35-60 Turkish Liras.

The only problem with the international schools is that there are no part-time jobs, it’s always a full-time job, so if you are not okay with the salary they offer, life won’t be convenient unless you find a part-time job in a language school.

Although some Turkish people believe that learning English is unnecessary, some university students prefer studying their majors in the English language because it will provide more opportunities for its owner. Many students decide to leave Turkey and work outside. For that, they attend language schools to learn the English language.

Moreover, Turkey is considered a touristic country where people from all over the world come to spend their vacations. Thus, if a Turkish citizen has the English language, his/her opportunity for being accepted in a job will increase, as, in some touristic regions, English is a must to be able to communicate with Tourists.

Private courses are one of the highest-income jobs in Turkey. You can teach both Turkish people and foreigners who are willing to learn the English language. You get paid per hour in a range of 150-200 TL ($9.5-$12.5).

The only problem is that you have to go to the student’s house, which might be far away from the place you live, and might take time to arrive, in addition to the hard transportation system you have to use in order to commute.

Are you ready to teach English in Turkey?

To sum up, some people believe that Turkey is not a good choice to pursue your career and find a job as an English teacher. The truth is, Turkey is full of opportunities for English Teachers, and actually, native English speakers are paid really high. Teachers just have to search for a workplace that suits the pay they expect, that is, actually near the region they live to avoid commuting, and finally, to earn a TEFL certificate, as it is required here in Turkey.