Should ESL Students Receive Teaching of Slang and Idioms? 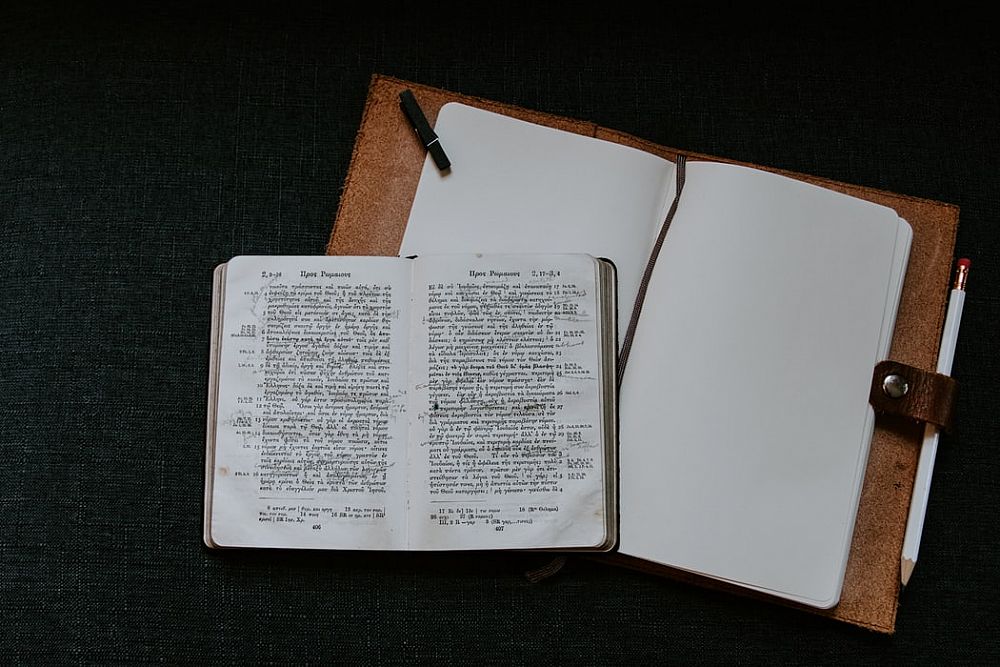 ESL students will receive many formal grammar lessons that will give them a good grounding in proper English sentence structures, when to use who and whom, various verb tenses, the importance of noun-verb agreement and proper punctuation—and much more. Proper grammar will give them a thorough understanding of the elements of grammar and equip them to navigate through formal English-language communication, such as business letters and reports, meetings, emails to clients, and formal assignments in English classes.

This post was written by our TEFL certification graduate Brenda Q. Please note that this blog post might not necessarily represent the beliefs or opinions of ITTT.

But I believe we have a responsibility to also introduce ESL students to “real-world” conversational English that may be a long way from what they are exposed to through their grammar lessons. Proper grammar is still important and is expected in written communication, but grammar and word order matter far less in a casual conversation between friends, when contextual clues such as body language, facial expression, and tone of voice can help communicate the message. Teaching ESL students some informalities of conversational English will broaden their knowledge of the language and help to build their confidence in communicating outside the classroom.

The English spoken in everyday life is generally very informal, and most native English speakers may not even be aware that their conversations include slang words, colloquial expressions, and idioms that may be unique to their geographic region, culture, or age group. ESL students might hear words and phrases that are nothing like the English of their grammar class.

Also Read: How do Japanese Students Respond to Some Common Challenges in English?

For example, a business contact in Texas may be "fixin’ to" (about to) leave town, and mention that he’ll be "out of pocket" (not available) while traveling. In the American South someone from an older generation may say that something seems "cattywampus" (not properly aligned). Even English speakers themselves can’t keep up with the regional and cultural variations of English and the rapid pace of changes to the language. But that should not be a reason to avoid introducing ESL students to some common English slang phrases, colloquialisms, or idioms. English is a living language that is always expanding and adapting to the needs of those who use it.

The informal language of conversation is often called “slang,” but, at least in the U.S., slang is often so informal and unusual (or crude or offensive) that it’s considered “nonstandard vocabulary.” Slang terms are usually created and defined by a specific group, such as musicians, athletes, skateboarders, or teens. According to the Merriam-Webster dictionary, slang terms often include “arbitrarily changed words, and extravagant, forced, or facetious figures of speech.”

The broader term for everyday “standard” informal language is “colloquial” speech, which can include widely known informal words such as kind of, sort of and OK/okay, as well as colloquial expressions unique to a region or country, such as the aforementioned terms "fixin’ to," "out of pocket" and "cattywampus." In the U.S. the colloquial term for a dollar is "buck," but in Canada the dollar is commonly known as a "loonie."

Idioms are the most complex informal expressions and are also the most difficult to get right because they are usually made up of several words that together have a meaning unrelated to the individual words in the phrase. Some common idioms include "Don’t count your chickens before they hatch," "You can’t judge a book by its cover," and "Time flies when you’re having fun." For native English speakers, common idioms provide shortcuts in speech since most English speakers and listeners understand the unspoken meaning of the figurative language. We often rely on well-known idioms when we don’t know or don’t want to mention certain details.

Also Read: Working with Culturally Sensitive Issues in the Classroom

In conclusion, I believe that ESL teachers should introduce students to some commonly known and accepted slang, colloquialisms, and idioms, but only to students who are at an intermediate level of English or higher. Teachers must also exercise care in choosing which words and expressions to teach, and be sensitive to words and phrases that might be offensive in some cultures. Informal language should be introduced slowly, a few words at a time, perhaps grouped by theme, over several weeks or months.

Students must be comfortable speaking at an intermediate level English or higher before attempting to use informal language; less knowledgeable students who have not reached this level of English comprehension might use the words and phrases inappropriately or mix up the language and cause confusion or, even worse, offend. Specifically, using idioms correctly and appropriately requires a high level of both cultural knowledge and language proficiency that only the most advanced ESL students may have. I believe that most ESL students should simply be made aware of common idioms and their general meanings.

The most important goal with informal language should be to simply introduce the general categories and make students aware of some common English expressions that they might hear. And we must also ensure they understand a basic but very important social rule (for lack of a better term): informal conversational language is appropriate only in casual conversations between friends, or in other informal contexts such as text messages and social media posts. 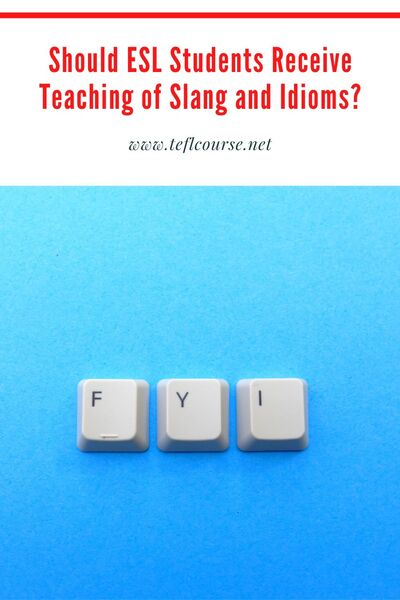