Blog / Alumni Experiences » Having the Right Rules for Classroom Management

Having the Right Rules for Classroom Management 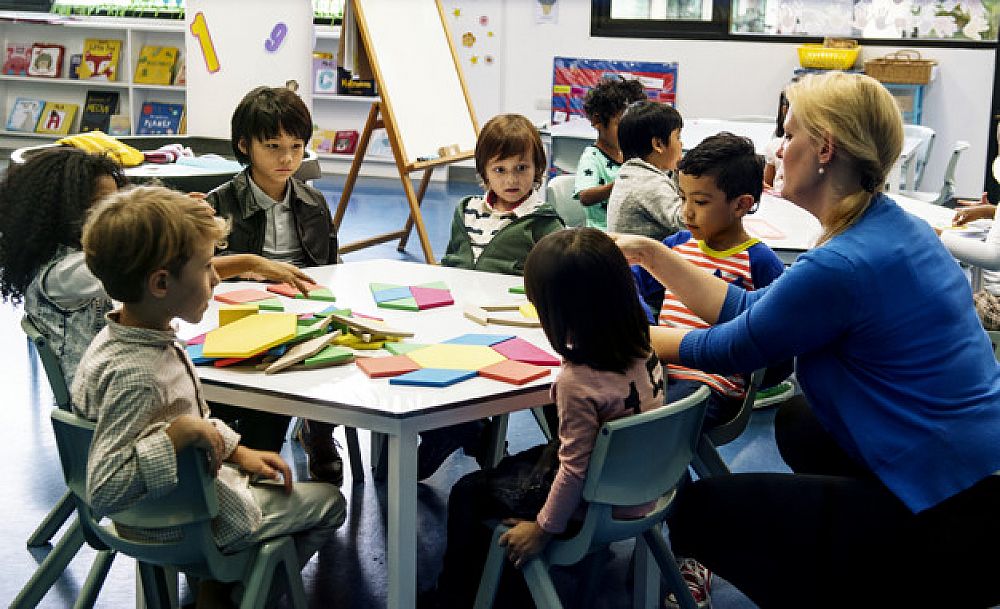 Being a teacher for the first time, I was very nervous about the type of students I would have in my class and how their behavior would affect the classroom environment and the students around them. Before starting teaching, I was mainly worried about middle and high school students. I was afraid they wouldn’t be interested in the games that we would play in class and that they would just be on their phones. However, I was wrong- at least partially. The students don’t use their phones during class, due to strict rules and also having a teaching assistant, which left me feeling very relieved. I was worried about having to tell students not to use their phones and ending up having to confiscate them. The class I am currently having the most trouble managing would be the starter class, which is probably around ages 4-9.

This post was written by our TEFL certification graduate Audrey T. Please note that this blog post might not necessarily represent the beliefs or opinions of ITTT.

The main problem with this class is having them listen to the instructions and paying attention while playing the games. Often, while I am still explaining the rules of the game, they will already start saying that they don’t understand and don’t know how to play. After having this happen a few times, I have now learned to directly show an example of how to play the game, rather than spewing out a long list of directions when they probably weren’t listening from the very beginning. Now, I will usually pick students to come up and use the students to show the class how the game should be played. By doing this, it has become a lot easier getting them to listen to directions and pay attention while giving instructions.

Another challenge with classroom management is actually managing one particular student, who happens to be one of the teacher’s sons. He is a good student overall but can have trouble focusing during class. A lot of times he will ask if he can drink water or go to the bathroom, and each time the TA will ask him why he didn’t do it before class or during the break. Sometimes he will also interrupt the class and say that he doesn’t want to play the game or will ask why he has to do this or do that. In the beginning, I would let the TA handle it. However, after the students finished their starter course and moved on to CE01, I decided to add a new rule on the first day of class, which was if any student behaves in a way that disrupts his or her peers, then I will write their name on the board and give them one strike. If they have three strikes, then I will cross off one of their stamps. However, if they have behaved well for the rest of the class, then a strike can also be erased. This rule was mainly for that one particular student, and after enforcing this rule, it has made getting his behavior under control a bit easier. Since he is sort of naughty, he will usually wait until he has two strikes until he decides to behave, because he knows if he gets the third strike then he will only get two stamps for the day, rather than three. At times I can also see that he tries to test me and the TA because sometimes we won’t automatically give him the strike, and so he will just keep misbehaving. After having this happen a few times, now I will give him one warning, and if he still misbehaves, then I will just automatically give him one strike. By doing this, he now knows that I will follow through with my rule, which has made things a bit better.

In conclusion, I’ve come to realize that it is definitely harder to control younger students. However, I’ve also realized that by having stricter rules with them (even though I was reluctant and felt bad at first), it has really come in handy and helped me as a teacher have better control over the students, otherwise, they would just be doing their own thing while I am talking and trying to give instructions.