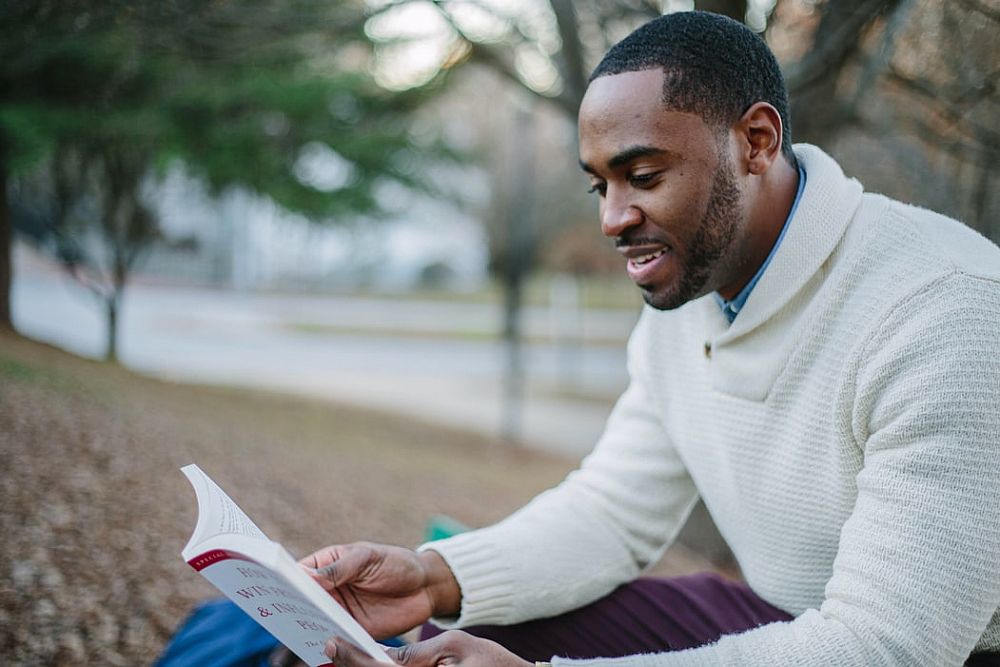 One of the most challenging contradictions I had to face as a high school language and literature teacher in Germany was the principle that each child should have equal opportunity when, sadly, the inequality often starts long before high school, and that as a teacher, you should give every student the chance to achieve excellent performances when, in reality, the latter also depends on factors outside of the classroom. In conversations with parents, I often pointed out specific deficiencies in their child's essays as I was taught to. I made suggestions on how to improve them, hoping in vain that next time, the student would get a much better grade. I knew but was never going to tell the parents that in only four hours a week in a class of 30 students, it is rarely possible to make up for a childhood without books.

This post was written by our TEFL certification graduate Kristin T. Please note that this blog post might not necessarily represent the beliefs or opinions of ITTT.

The students who were the most eloquent and wrote the best essays in my lessons also happened to be avid readers. A representative study among 505 German-speaking children aged 10 to 19 shows that this is not just my personal experience. The German grades of those children whose parents read to them every day as preschoolers were significantly better than those whose parents read to them less than once a week (Ehmig and Reuter 2013). At the international level, the Programme for International Student Assessment (PISA), conducted by the Organisation for Economic Co-operation and Development (OECD), comes to similar conclusions. The study showed that "in all countries and economies except Lithuania, students whose parents read books to them as they entered primary school are more likely to have higher reading scores at age 15" (OECD 2012). Keeping this in mind and being a book lover myself, I have been reading to my 20 months old son since the day he was born: Sometimes he listens; sometimes he doesn't seem to. A few days, sometimes weeks or months later, he starts saying the most surprising things: For example, "Panama", the country where his favorite book characters, a tiger and a bear, would like to travel to. People might argue that the most obvious way for children to learn a language is through hearing other people speak and interact with them, which is an undeniable fact. But I wonder: Where would my son pick up a word like "Panama" at such a young age?

Reading Resources as a Source of Useful Language

No matter if of a fictional or non-fictional character, written texts are essential sources of vocabulary and grammar structures, especially those not frequently used in spoken language. In the ten minutes that it takes to read one story, the density of objects, animals, actions, etc. named is much higher than in ten minutes of everyday life interaction with a toddler. The language input a child gets through reading is tremendous. This is probably one of the reasons why, in March 2013, more than 130 experts from 35 countries agreed: "Early literacy education is everyone's responsibility and must become part of every child's life since it serves as the springboard to more advanced forms of literacy development[…]" ("Prepare for Life! Raising Awareness for Early Literacy Education. Leipzig Recommendations on Early Literacy Education", Leipzig 2013).

What applies to the very early stages of language acquisition also is a factor in the more advanced settings or second/foreign language acquisition. The best way to acquire academic language, characterized by more complex structures and subject-specific vocabulary, is reading. I am currently tutoring children from German-speaking families living in the United States. The oldest student attended school in Germany until age 10. She is now 15 years old, and when we discussed a text that high school students her age would read in Germany, she struggled - although, being a native speaker of German, she understood almost every word individually. However, the academic tone of the text caused problems because she is not used to the high frequency of the passive voice and nominalizations, as well as other specifics of written language in German. After five years of attending school in the United States, a text of a comparable English level might not cause these difficulties, even though English is not her native language. It is merely a question of exposure to academic language in a written form.

Stephen Krashen, Emeritus Professor of Education at the University of California, has done a great deal of research on the effects of reading, especially of what he refers to as "free voluntary reading" (Krashen 2004). He considers it a fundamental cause of literacy development in both first and second language acquisition and emphasizes voluntariness as a crucial success factor. He finds that pleasure reading leads to better performance in reading, writing, grammar, and vocabulary (Krashen 2004) and significant progress in second language acquisition even without ESL classes (Cho and Krashen 2004). He also points out that "[l]ight reading is the missing link […]" (Krashen 2004) in foreign language education, a possibility for students to manage the gap between the usage of a language for everyday communication and academic purposes.

What are the consequences of these findings for language teaching? As mentioned above, a teacher can rarely make up for a significant lack of childhood reading but certainly increase a student's interest by choosing age- and language level-appropriate fictional and non-fictional texts, or just by suggesting specific texts, by visiting a library or declaring parts of the lesson dedicated to free reading. Getting students interested in reading has become challenging in digitalization and the growing popularity of audiovisual media, but considering its impact on language acquisition, this should be a substantial part of each language teacher's daily mission.