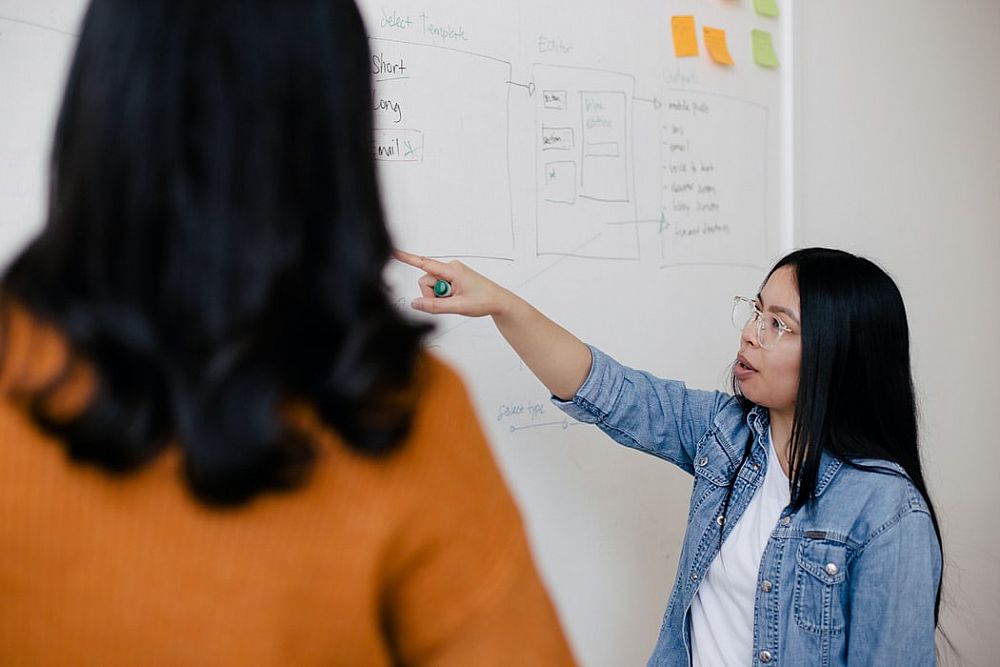 Which ESL/EFL students should learn the formal language, and how much should they learn? How much emphasis formal language should have in different students' curriculum depends upon several factors and is an objective consideration, as we'll see below.

Teaching English as a formal language, to varying degrees, is standard in virtually all ESL/EFL curricula. Most aspects of English are taught at graduated levels of complexity and at appropriate times. For example, all ESL/EFL students will learn very early on what a noun most basically is -a person, place, thing, or idea. Pronouns might be taught next, followed perhaps only eventually by what a noun adjunct is. Formal language is taught similarly, beginning perhaps with the basic contraction.

This post was written by our TEFL certification graduate Donald P. Please note that this blog post might not necessarily represent the beliefs or opinions of ITTT.

Who certainly must learn a formal language?

Formal language predominates in the business, politics, law, medicine, and higher education worlds, precise communication being essential in everything intended for formal consumption. But even anyone dealing with situations where particular respect, deference, or mere extra politeness must be afforded someone due to social status or situation, must have at least some fluency in formal speech: consider how students hopefully address their teacher, as compared to how they might address their fellow student next to them.

It should be acknowledged here that many learners of ESL/EFL aren't necessarily destined for exposure to the above-listed worlds. Even native speakers of English who aren't among the professional world, for example, nowadays encounter and produce less formal language with each passing year.

Also Read: How much can I earn teaching English in Italy?

Should these students learn a formal language?

Learning some is, again, inevitable as it will be covered in even very basic ESL/EFL curricula. That being the case, below are factors to consider in concluding as to how much formal language might be appropriate.

From the students' point of view, how much he/she cares to attain mastery of formal language can depend upon plethora things, but which can be expressed as essentially their intentions with English. The EFL student desiring exclusively social/casual interactions and conversation in English will have little to no use for formal language save for perhaps basic respectful vocabulary, modal auxiliary verbs, and the passive voice; in fact, he/she may be a better candidate for curricula emphasizing instead slang and idioms. The average modern professional could, however, expect to be required to possess a functional level of formal language ability. Finally, the student desiring multiple university degrees leading to a profession in international finance and employment with a global corporation (especially British or American-based) likely must fully master formal language.

Also Read: What are the start up costs for teaching English abroad?

Age itself is a factor to consider, independent of language level (even among L1 learners). Young learners, regardless of whether ESL or EFL, is certainly capable of learning some formal language basics (e.g. contractions, tense structure) but will share a common age-relative inability to approach full comprehension of formal language due to their state of mental/emotional development and vocabulary level (especially the vocabulary level of L2 young learners). As a natural matter of course, it could be expected that comprehension of more complex formal speech will first manifest in the receptive skills, and later in the productive skills.

Language level is a factor to consider, nearly independent of age (again, even among L1 learners). Whether the curriculum is ESL or EFL, formal language structure will be introduced at a logically appropriate time. The more advanced one's language level, the more students will be exposed to and be expected to comprehend formal language, as a naturally progressive matter of course.

If English is being taught as an English for Specific Purposes (ESP) curriculum, the formal language will generally be emphasized much more than it will in general language curricula. Professional use of English will necessarily require fluency with formal language, not to mention specific vocabulary. As mentioned above, English is the current global language, and the 'worlds' and industries essential to facilitating global interaction between nations are absolutely dependent upon formal language. 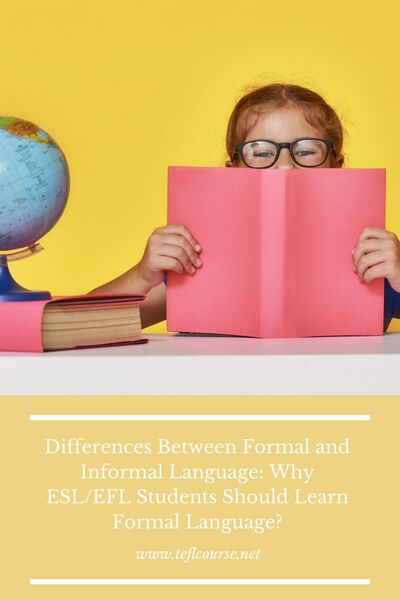