Course Books and Materials: Use of Visual Aids 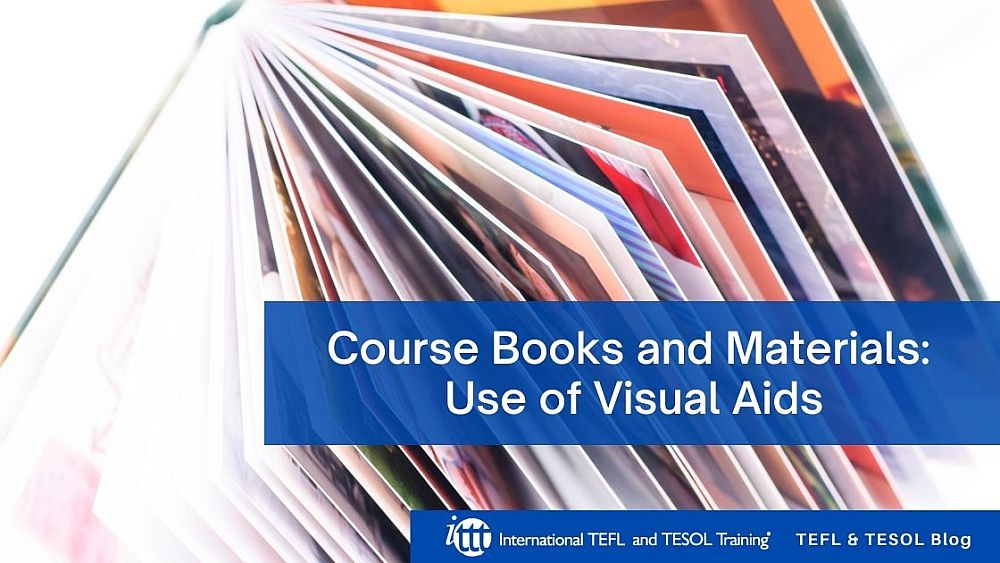 Watch the video about this topic

Why are they useful?

First of all the use of a visual aid can reduce teacher talk time (TTT) which is always desirable.It is much simpler to just show a real object than to try to describe it, so that we could just ask the students, “what is this”? and they would say, “that is a pen” rather than trying to actually describe the pen.

Again if we were eliciting names of fruit and vegetables, rather than to try and describe them, why not use the real thing (or a model) and this is going to be much more visually stimulating than trying to describe them.

One thing that studies have shown is that additional visual information does actually aid memory. Another thing that these visual aids can do is to stimulate discussion. By having some form of real object or photo etc, then we can stimulate a discussion in some way, by relating to the object.They can also be used to elicit language. An example might be the use of a photograph, so I might show my students a photograph of something and make sure that they can understand what it is. Then elicit language surrounding possible scenarios from that photograph and so on and so forth.

It is quite important however when you're using a photograph of this type that you make sure that it is big enough for everyone to see. You don't want an example where we say “okay what do you think of this”? and there's so much information there, that the students can't actually see what it is that you're referring to. So make sure that pictures, or diagrams and charts, can be seen by everyone and that they are uncluttered.Finally in terms of the use of visual aids, although we can buy certain objects and we can cut things out of magazines and newspapers and so on, lots of ideas that we can come up with for visual aids we can actually make ourselves. So if there is anything that you don't have; have a go at actually making it, or a model of it.