Blog / Alumni Experiences » An Overview of the Best Learning Theories

An Overview of the Best Learning Theories 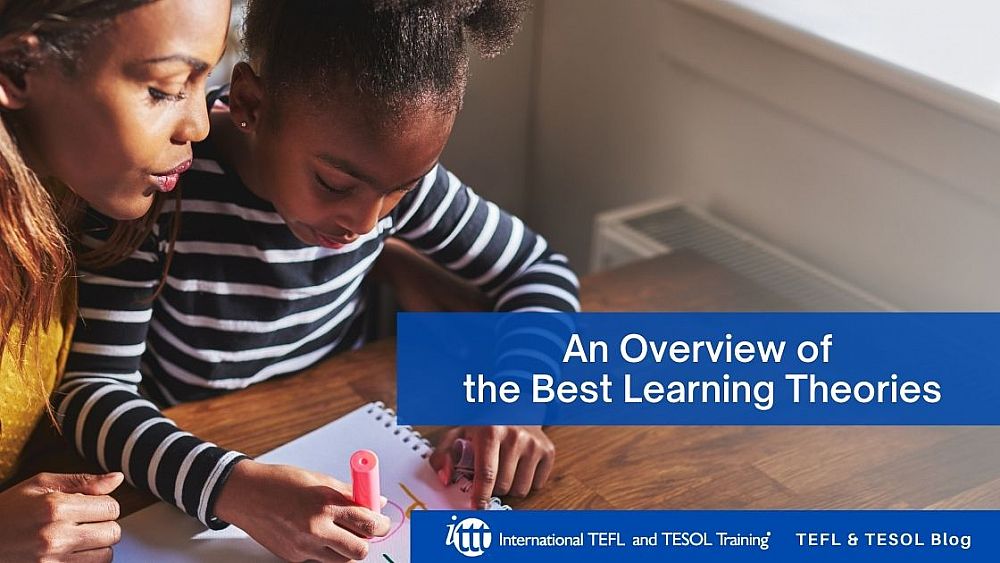 Learning, which has always been a controversial issue, is perhaps one of the most significant characteristics of the human race. The earliest learning theory was proposed by the world-renowned Greek philosopher Plato (428 BC- 347 BC), who simply questioned the knowledge acquisition ability in terms of encountering a thoroughly new topic and answered this question in order to hypothesize the theory of recollection.

According to Plato's answer to the question of how individuals learn new topics, the soul is fully aware of the knowledge at birth. People simply recall and recollect it. During the 20th century, numerous hypotheses have been developed by psychologists in order to clarify and simplify the procedures and outcomes of this process. In this article, some fundamental learning theories are discussed.

Behaviorism is a psychological theory indicating that, exactly like animals, human beings also spontaneously react to particular stimuli in their environments. These reactions or behaviors, most of which can be observed and evaluated, are natural responses and can therefore be predicted and controlled.

According to this theory, individuals' minds are like blank pages that absorb and learn as a result of the interactions they have with the environment through a process called conditioning. This process or mechanism demonstrates the situation when conscious or unconscious exposure to a specific stimulus leads to a recurring reaction that can be aimfully reinforced or punished.

Unlike our emotions and feelings that are not measurable or observable, the reactions resulting from a conditioning process can be defined, recorded, and studied.

There are two approaches in terms of conditioning. Classical or respondent conditioning is the process through which one has unconscious reflexes when being exposed to a stimulus. This theory was first presented by Ivan Pavlov, a Russian psychologist, who noticed dogs' salivating in the presence of the person who fed them regularly.

Other examples of this process can be observed when, for example, the smell of ethanol makes one feel like he/she has just had an injection or looking into deep water or down a high place makes people shiver. On the other hand, operant conditioning emphasizes consciously reinforcing the behaviors by simply encouraging or punishing them. This eventually contributes to an aimful approach towards those behaviors recognized as positive and weakens the unwanted and less desirable ones.

From a pedagogical perspective, the teacher is responsible for presenting the stimuli, and students' responses are assessed and reinforced through propitious encouragement or punishment. Reinforcement may well be applied through drilling, repetition, and lots of practicing that ameliorate the reactions. Additionally, according to this theory, immediate feedback and substantial rewards can fasten the learning process. The point that might be neglected in this theory is the paramount role of inheritance.

Cognitive psychology puts more emphasis on cognition and the process happening in individuals' minds rather than their responses and behaviors that, of course, are not completely neglected in this theory. Behaviorists argue that the internal process can not be observed, measured, or studied since people are unable or reluctant to provide a clear definition of what is happening in their minds.

On the other hand, cognitive psychologists, influenced by advances in technology and computer science, describe the human brain as an information processor that follows a well-designed set of steps that highly influences the outcome or behaviors. These steps can be summarized in three, including the initial analysis of the stimuli in terms of input, storing the minutiae of the input, and finally, preparation of a proper response to the stimuli.

From a learning point of view, a learner is described as a data processor who spontaneously receives the data, evaluates and processes it, and finally saves it in the memory. Therefore, attending lectures and studying textbooks are some practical methods to provide learners with the required information. Although the stored information eventually helps the learners improve their responses to the stimuli, they are considered passive receivers in a classroom when there is no stimulus, and no reflexes are needed.

Constructivism is apparently centered around the assertion that people are not simply receiving, processing, and storing the information in order to respond to environmental stimuli.

According to this theory, learners are not passive receivers who just process and store the data. They actually are considered as knowledge-constructors instead of knowledge-acquirers who learn through interacting with their environment and constructing or reorganizing their source of stored knowledge.

Accordingly, learners' mental structure is constantly being evaluated and enhanced through their interactions and exposure to their environments. This has changed learners' role in the educational environment, which is more student-centered in addition to a sweeping change in the teacher's role from a lecturer or a source of data to a guide.

In terms of language learning, the relationship between a child and adults or peers can be taken as examples of environmental interactions that help the child to construct their knowledge based on their experience. This is also mentioned as scaffolding since the learning process, and knowledge instruction is supported by these interactions. Consequently, a number of theories, including social learning theory and socio constructivism, are gradually developed based on the influence of social interactions on learning and knowledge constructions.

These theories put more emphasis on the social context and suggest that children are constantly observing and modeling the behaviors in their environment. People are therefore highly influenced by society, culture, and the amount of their participation in social activities.

In conclusion, all of these theories have closed ranks to give birth to a notion known as the 21-century skills that present a theory based on the constantly evolving demand for skills like technology, environmental, health, entrepreneurial, and financial literacy in addition to some other contemporary themes such as career, critical thinking, and interpersonal or intrapersonal skills. Core subjects such as math, science, history, and so forth are simultaneously developing shoulder to shoulder with the 21-century skills. This consequently contributes to student-centered classes and enhanced team working with the teacher performing as an enabler who guides and supports the learners through the learning process.