“Teaching English abroad is impossible for non-native English speakers!” - This is a statement we often hear as teacher trainers around the world but it’s a huge misconception. Actually, the ratio of non-native to native English teachers around the world has sharply increased to 4 to 1 in recent years. This goes to show that the global EFL teaching market has undergone a large shift in hiring preference.

With this in mind, we would like to highlight four striking advantages for non-native English teachers in the TEFL classroom.

Most non-native speakers have studied English in depth and detail

English is often taught as a mandatory foreign language around the world - and it starts at a young age in many countries. While native speakers learn the language naturally growing up, non-native English speakers have to study the language in depth and detail. This often results in non-native English speakers having a much better understanding of English grammar topics, especially regarding the many rules and exceptions.

Sure, to native speakers these things come naturally but they often lack the knowledge as to why certain grammar points are how they are and they do not know how to explain exceptions. This is a distinct advantage for non-native English teachers. They know English grammar, the rules, and the exceptions and understand how to bring them across to their students in a way they will understand.

Non-native English teachers understand what it’s like to learn a second language - they’ve done it too!

Adding to the previous point, non-native English teachers know what it’s like to learn a second language as they went through the same process. This not only helps to build rapport with your students because they know you understand, but it’s also an advantage when it comes to teaching techniques.

When a teacher has learned the language themselves, they know exactly what non-native English learners struggle with the most - and how to overcome this obstacle! Native speakers often cannot relate to their students’ struggles because they don’t know which parts of the English language learning process are the most difficult for outsiders. 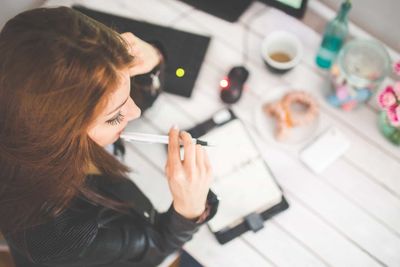 Unlike many native speakers, non-native English speaking teachers are bilingual or often speak even more languages. Studies have shown that people who speak more than one language have more efficient brains and tend to think in a different way than monolinguals. Scientists confirm that multilingualism results in people being more efficient at ignoring irrelevant information and they have overall more active brains, which can decrease the chance of diseases such as Alzheimer's.

On top of that, bilingual or multilingual people also tend to be more open-minded, as they often see the world from different perspectives. This is due to the fact that language is often linked to culture.

Another benefit of non-native English teachers that is often overlooked is the fact that these kinds of teachers bring their own cultural perspective to the classroom. In general, students know a lot about the English-speaking culture but often don’t know much about other countries.

A teacher from a small European country teaching in China, for example, will not only be aware of English-speaking culture but also add their own culture to the mix. This allows students to create an even broader view of the world, which they benefit from immensely. Students also tend to get more interested in things they don’t know already so a funny story about a local custom in a non-native English teacher’s country often goes a long way in building rapport and to generate interest in learning. 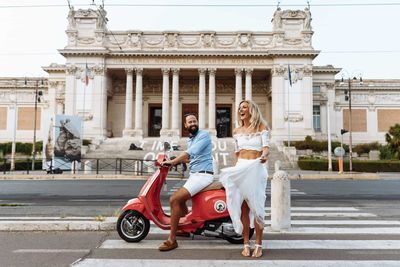 As you can see, there are many advantages for non-native English teachers in the TEFL classroom. If you, too, aren’t a native English speaker but are thinking of teaching English abroad, don’t hesitate to get started!

We have in-class training courses in multiple exciting locations around the world and we’d love to speak with you about your options for teaching English abroad as a non-native English teacher.