The Importance of Teaching Slang to ESL Students 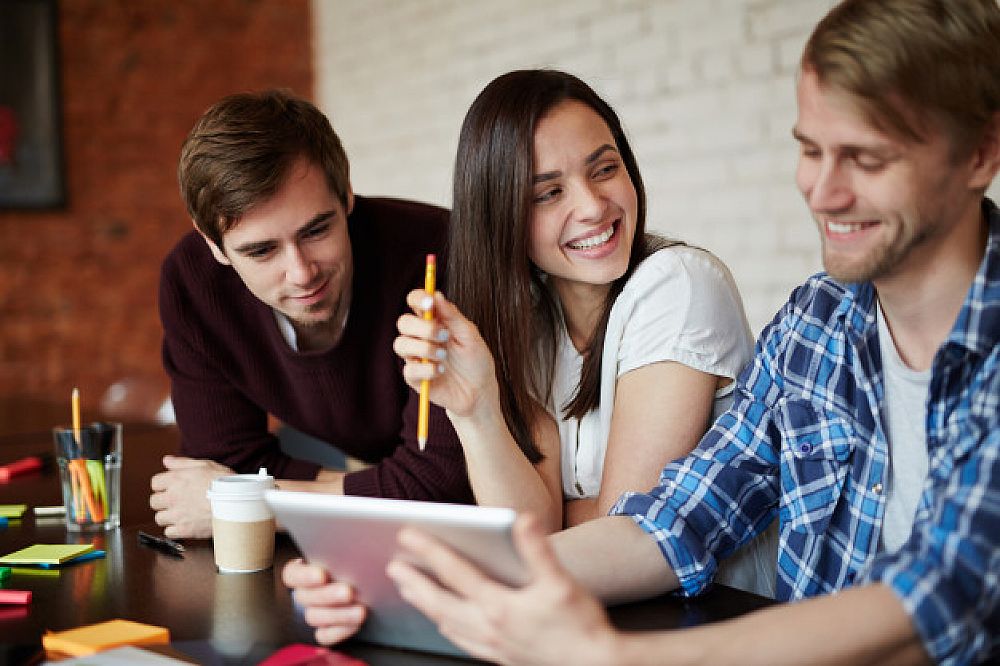 In January, I stood in front of a class of breakthrough English students at a university in Bogotá, Colombia. I’d never taught students in an ESL classroom before, but I was pretty confident having seven years of experience under my belt and a degree in literature. I was naive. I began the lesson with the class that my co-teacher had lent me for the first time. The objective of the lesson was to practice using past tense through storytelling; five minutes into it, I called on a student with his hand in the air. “ What up, My Nigga!” He said it and I almost lost all of my composure on the first day while I should have been thinking about building rapport.

This post was written by our TEFL certification graduate Terrell M. Please note that this blog post might not necessarily represent the beliefs or opinions of ITTT.

Language is personal. We use it to convey everything from complex business ideas to telling our lovers how special they are. If you don’t provide learners with tools and lessons to communicate with native speakers about their own culture, you set them up to fail. This is why I believe that teaching slang and idioms are essential - because it’s irresponsible not to. Slang and idioms make up a substantial portion of the English language, and the information and context that they provide for new learners will undoubtedly help them to develop better relationships with native speakers and more robust outlooks on the culture of people who are different than them.

Also Read: How much can I earn teaching English in Saudi Arabia?

I believe I come from a place of unique privilege as a descendant of the Africans who’ve lived in the US since it’s inception. I speak English natively; in fact, some would say that my midwest American pronunciation is the standard for American English itself. Still, I have a little cultural relationship with the people in Brittain who often write the texts that I use to teach. There is also a sizable gap between my own culture and my Anglo neighbors in the United States as has been established through centuries of segregation that continue to this day (Chicago Magazine, 2017). I often find myself expressing and understanding the concepts that allow me to perceive differences in my culture and others with words and phrases that you don’t find outlined in dictionaries. And these words do sometimes eventually end up in dictionaries. 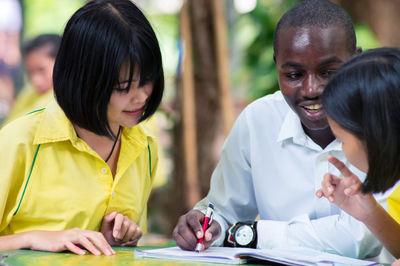 Also Read: "How Materials are Incorporated in Teaching English Online"

I believe that teaching these words and phrases provides a richness in the classroom that students often desire. People are learning the lyrics to their favorite songs in English but are still lost on the meaning because the words usually take on contemporary definitions. For example, Donald Glover’s popular song contains the lyrics, “stay woke”, a phrase that is in fact slang. The term was popularized on twitter among black people in the united states. It refers to the idea of being alert to systemic issues and injustices that oft befall minorities in the united states and around the world. The term itself calls the mind to more reflection on why such a phrase would become so popular and gives credit to the thought that people are working against their systemic oppression. When we don’t teach slang like this, we leave gaping holes in our curriculum that inevitably leave students unprepared to enter into a discourse on these topics simply because they haven’t learned or understood the terms used to define them.

After finishing the lesson that day in January, I went to lunch with the student who’d asked the offensive question earlier. We spoke about what his ambitions and goals were as well as my own, getting to know each other more intimately and becoming comfortable with each other in an "outside of the classroom" setting. I was able to explain to him the controversy surrounding a statement like the one that he made and the cultural relevance of it all. He was an incredibly polite and bright student, and I’m hopeful about his future today even more so now that I’ve worked with him to develop more of a schema for learning and understanding some slang words and their place in the English language. 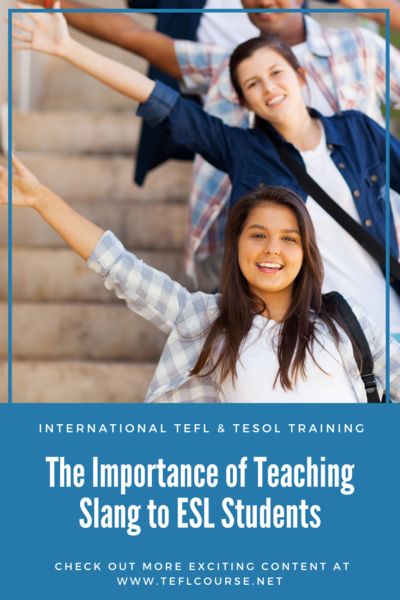