The Difficulties of Learning English for Arabic Speakers 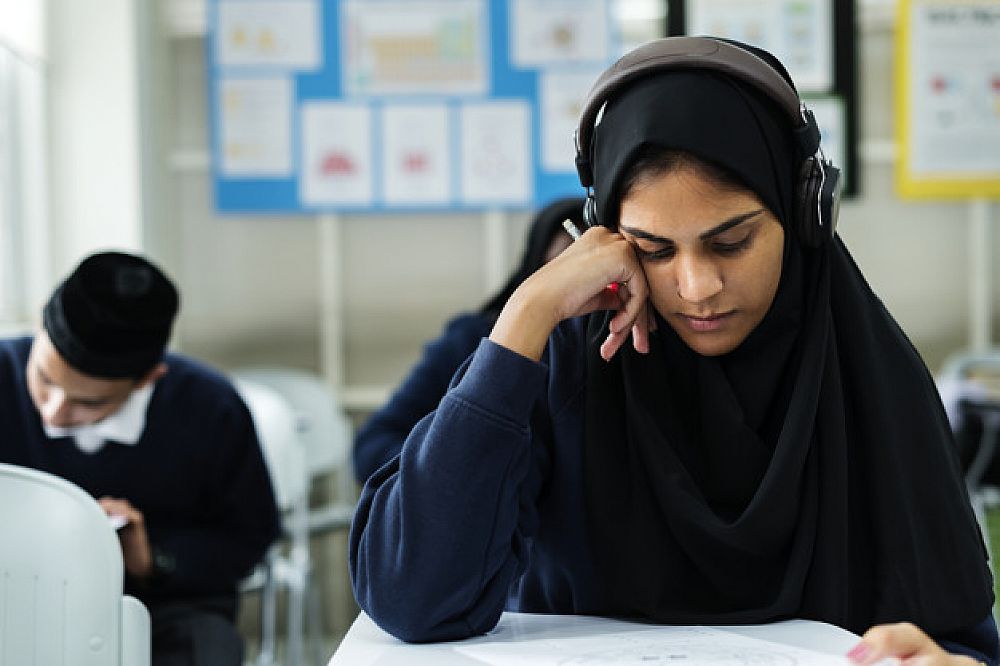 When native Arabic learners attempt to learn the English language, they are faced with a variety of difficulties since there are fundamental differences between the two languages. Arabic words have a three-consonant root as its base, so all words are formed by combining the roots with either a fixed vowel pattern or and affix. The Arabic language has 28 consonants and 8 vowels which is three times less than the English language in terms of vowel sounds. Due to those differences, Arabic learners struggle in the following areas; writing, grammar, phonology, and pronunciation when learning the English language.

This post was written by our TEFL certification graduate Ayman E. Please note that this blog post might not necessarily represent the beliefs or opinions of ITTT.

In terms of writing, the Arabic alphabet does not contain capital and small letters in the same way as the English language does, and Arabic letters change in form when written as part of a word. This presents a difficulty for the Arabic learner when trying to identify when to capitalize words at the beginning of a sentence or to emphasize some words or names. Also, Arabic is written from right to left which is the opposite of how English is written. Along with that punctuation is less frequently used in sentence composition when compared to the English language and is written in reverse as well. This presents a variety of problems as Arabic learners need to write in the opposite direction to that of what they are used to.

Also Read: Songs in the ESL Classroom for Younger Beginners

In terms of grammar, the Arabic language grammar system is quite different than that of English which presents several difficulties for the Arabic learner. Firstly, the Arabic language does not contain the verb “to be” in the present tense and the auxiliary verb “do” is not present as well. Secondly, the Arabic language contains a single present tense only compared to English which has both simple and continuous forms. Thirdly, the Arabic language does not differentiate between actions completed in the past unless it has a connection to the present, this creates a problem when forming present perfect tenses. Fourthly, Adjectives in Arabic tend to follow the noun which presents errors with word order when writing or speaking in English. Fifthly, Arabic does not contain any modal and auxiliary verbs which frequently leads to the inclusion of those verbs where it’s not needed. Lastly, Arabic does not contain indefinite articles. Although Arabic contains definite articles, the usage scenarios of the definite articles are different than that of English, this creates problems when genitive constructions for the Arabic learner. Considering those differences, it is apparent that Arabic learners will need to learn English grammar without relating it to their native language.

Also Read: The 3 Most Important Tricks When Teaching English to Kindergarteners

In terms of phonology and pronunciation, Arabic learners tend to struggle with the /p/ and /v/ sounds as they are do not exist in the Arabic phonology, and Arabic learners tend to substitute those sounds with /b/ and /f/ respectively as those are the most similar sounds to Arabic learners. Also, words containing consonants next to each other present a challenge to Arabic learners as they are difficult to pronounce so most learners would add an extra vowel to those words to make pronunciation easier which is not the correct approach. Moreover, silent letters such as /th/ in “thing” and “g” in “design” as well as many vowel sounds do not exist in the Arabic language which makes a distinction between different sounds and words that are differentiated by a vowel harder for the Arabic learner. An example of this would be the word “soap” where some Arabic learners would pronounce it as “soop”. Furthermore, in conversational Arabic there is no elision of sounds which is common in spoken English, this presents problems regarding understanding spoken English and affects the learner’s ability to speak natural-sounding English. Due to those difficulties, Arabic learners would need to learn to produce the various vowel sounds of the English language as well as familiarize them with common spoken English to increase the level of fluency in the Language.

In conclusion, understanding those differences and learning the English language without correlating it to the Arabic language is key for the mastery of English. As indicated in the TEFL course, learners are encouraged to think in English and practice the language as much as possible. The teacher can employ the methods, techniques, and activities taught throughout the course to engage the students and raise their interest in learning the language, teaching new ideas and reinforcing it during study activities as well as allowing them to practice and use the language in a variety of activating phase activities.