Blog / Destinations » An Australian Amongst American Textbooks in Japan: ✅ Teaching in a Country that Values American English

An Australian Amongst American Textbooks in Japan: ✅ Teaching in a Country that Values American English 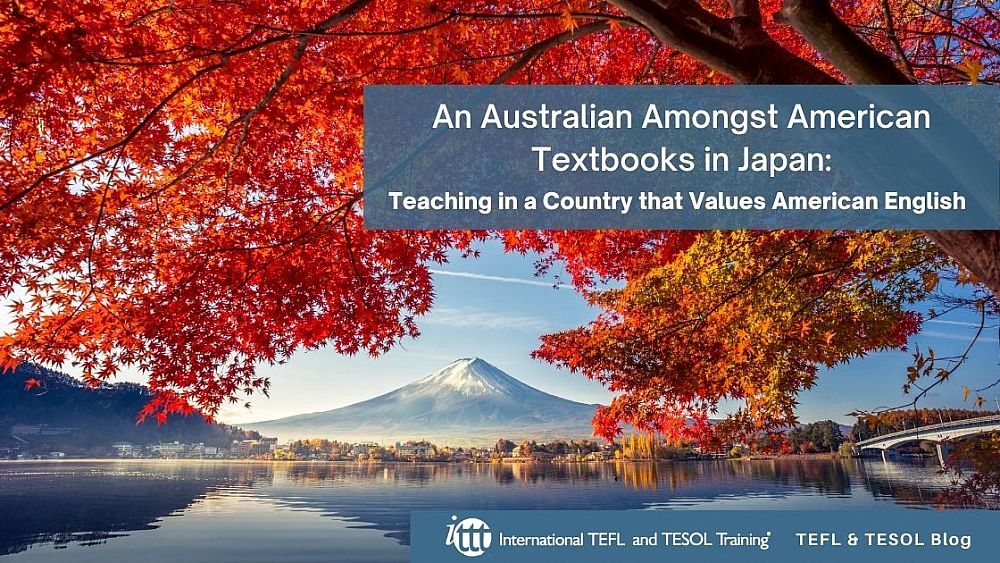 Assistant Language Teachers in Japan come from different countries worldwide, bringing different kinds of English with them. In my experience, American English is often the most sought-after version of English. Some countries highly value Language Teachers from the USA, which often matches their American-style textbooks and resources. Sometimes people are even overlooked for job opportunities due to their Australian accent and British English background. Well, Japan is no different in this regard. Many Japanese schools hold American English in high regard, so what is it like being an Australian-English teacher in Japan?

It's no secret that Japanese students love America. A frequently asked question when doing any kind of speaking activity is 'Where do you want to travel in the future?' The most frequent answer… 'America!' My students, in particular, love everything about America. They idolise American schools because of movies and TV shows they have seen.

This naturally makes them assume that we also have lockers and no school uniform in Australian schools. Of course, music is a big influence, too. Music culture has such a big presence in Japan, so it is no surprise that some of the world's biggest stars, Billie Eilish, Taylor Swift, and Shawn Mendes, are incredibly popular in Japan. Due to America's influence and popularity, Japanese students most often learn American English from their textbooks, including the CDs that showcase only American English. 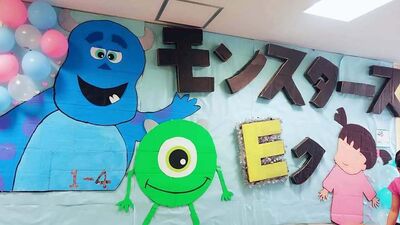 No Exposure to Non-American Accents

When I first began teaching English in Japan, I did not even think of British English as being a problem. When I first realised the potential issues, it was because of a word I had written on the whiteboard: 'colour'.

It's a word that all my students know, regardless of their English ability. After writing this simple (or so I thought) word on the whiteboard, the students looked at me blankly. Of course, I didn't understand why, because it seemed so simple. I thought to myself, 'why don't these kids know what I'm talking about? They must know the word "colour"!' They

did, except they knew it as 'color'. One of the students finally got up the courage to ask me what the word was as she stumbled to pronounce it. After I said the word, I heard a chorus of 'oooohhhhh COLOR!' It was after that class that I asked my Head of English about the school's English textbooks. I wasn't surprised when she told me that all textbooks are American, listening is all American, and unless a student had a British or Australian Assistant Language Teacher in their Junior High School, they may have never been exposed to British English or even know it existed.

This led to a conversation about how I would have to teach the children. After reading other stories from Assistant Language Teachers, I assumed I would have to change my own spelling and some pronunciation to match their American standards. However, my school’s brilliant Head of English lived in Australia when she was younger, and our school has a school trip and homestay experience with a school in Brisbane every year.

Fortunately, we decided that it would be good for the students to learn the differences between American and British English. I was free to teach in my own language, yay! Well, sort of, I save some of the classic Aussie slang for special lessons. 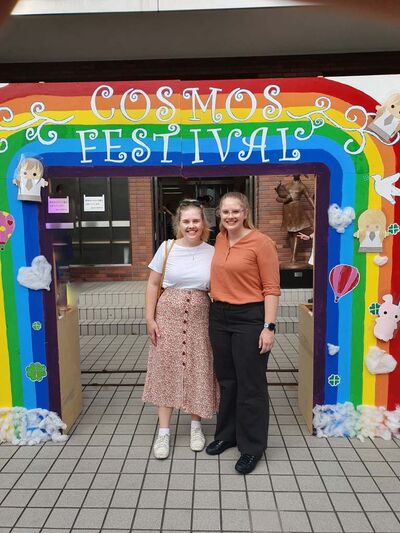 Most of the students get used to the differences by the end of their first year of high school. But every year when the new students start school, I often forget to explain why I write ‘favourite’ and not ‘favorite’. A big difference of being an Australian ALT is having the patience to continuously explain why your spelling and pronunciation is different.

Some students like to learn the differences and are genuinely interested. Other students think it’s a pain that there are so many differences and that they have to remember different versions of the same word.

Interestingly, we also have an American ALT at my school who works only two days a week. So, some students that are taught by both of us are especially good at noticing the differences. In fact, this semester, we both taught a class that involved us saying ‘vase’. It confused some of the students initially but was good for them in the end. We explained the differences in pronunciation, and the students even ended up being really interested in the differences. Most tried pronouncing ‘vase’ in both ways to test which one they prefer.

The pronunciation differences become even more interesting when you realise that British English is usually easier for Japanese students to pronounce. Take the word ‘colour’, for example. In an American accent, the ‘r’ sound is pronounced. In British, or Australian English, it is simply said ‘culaa’ with an ‘a’ sound on the end. This is easier for Japanese learners as they have this sound in their own language. However, the Japanese language does not have a sound that ends with ‘r’ so it is often difficult for them to pronounce. That is a win for British English!

Why it just makes sense

No matter where you teach, try to have the conversation with your school early on about what is expected of you when teaching English and explain the benefits of students learning different types of English. It will really help in the long run, especially when students enter university or travel. It is easy for me to tell whether a student has had an Assistant Language Teacher from a country that is not America, because they automatically understand me more easily compared to students who have only experienced American English.