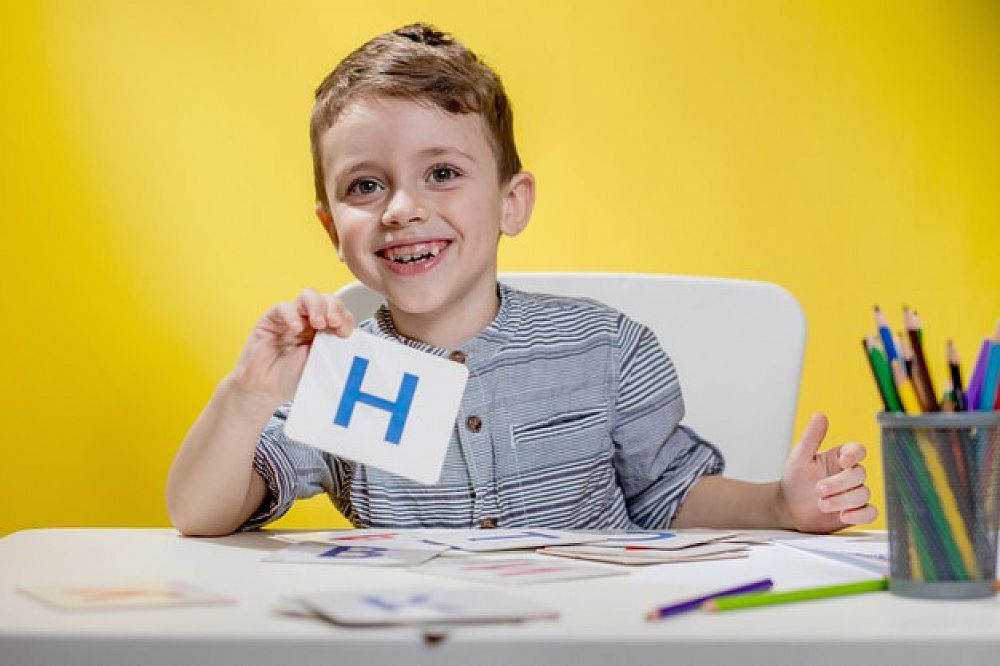 This paper will answer the question, "What are five flashcard activities for teaching English to young learners?" Young learners are defined as students attending elementary school, aged between six and twelve.

This post was written by our TEFL certification graduate Tristan K. Please note that this blog post might not necessarily represent the beliefs or opinions of ITTT.

This activity is a great warmer and an effective way to introduce or review vocabulary. This activity works well with both small and large groups.

Once the flashcard has gone around the circle and started its second rotation, the teacher begins to add new flashcards, repeating the same procedure as the first card continues to travel around the ring. The aim should be to have more flashcards than students traveling around the circle eventually. Students will increasingly have to say and pass the cards faster and faster until the cards become bottle-necked and the activity breaks down. The teacher collects all the cards and does choral practice with any of the target languages that the students had difficulty with.

This is a game of memory. Students listen and repeat the target vocabulary (four to eight flashcards work well, based on your students' age and skill level). The flashcards are placed face-up on a table that the students are sitting around. The students are given ten seconds to memorize the flashcards. After ten seconds, the teacher covers their eyes, prompting the students to do the same. Once all the student's eyes are closed, the teacher changes the position of all the cards on the table and turns one of them face down. The students open their eyes and then race to say which card is turned face-down.

Once a student correctly identifies the missing card, the turned-down card is revealed and chorally drilled. A tally can be kept if the students enjoy competitive activities. Again, this activity is a great way to introduce and review vocabulary and get students thinking in English at the beginning of a lesson.

This game works well with small and large classes and is especially useful with younger students as it moves them around the classroom.

To set up this activity, push all tables and chairs to the sides of the room. After eliciting and chorally drilling the target flashcards, the students line up against one wall, and the teacher stands at the opposite wall of the classroom with the flashcards. Demonstrate that running is not allowed during this game for safety reasons.

The activity works best for groups of two to eight with four to twelve flashcards, depending on the group size, skill level, and age. After the flashcards have been elicited and drilled, the flashcards are placed on a table face-up which the students are standing around. The teacher then demonstrates the activity.

Towards the end of the activity, when there are only a couple of cards left, the teacher can say words not listed on the cards to trick the students into slapping the wrong card. Younger students often find this highly amusing.Once all of the cards have been correctly slapped, each student counts out the cards they collected (in English), and the winner is determined.

Students are put into two teams of roughly equal English ability who stand opposite each other in a single file with five to seven flashcards placed between them in a line, like a railroad (flashcards) between two trains (the two student teams).

The teacher demonstrates the activity with one of the stronger students. From opposite ends of the "railroad," the teacher and student, who stand at the front of the opposing teams, start moving forward, saying the target language on each of the flashcards as they pass them. When they meet at some point along the flashcard line, they play rock-paper-scissors (in English). The winner continues along the flashcard line, and the loser moves to the back of their team's bar with the person at the front of that line repeating the process of walking down the line and saying the target language as they pass each card, playing rock-paper-scissors against their opponent wherever they meet along the line.

A team gains one point when they reach the end of the line. The first team to earn three points wins.

One of the main benefits of these flashcard activities is that they can easily be customized and varied. Pre-teach a target sentence structure and have students repeat it using the flashcard vocabulary. You can also place number and color flashcards next to the original flashcards to increase the level of difficulty.